DC's Superman has arrived in Fortnite 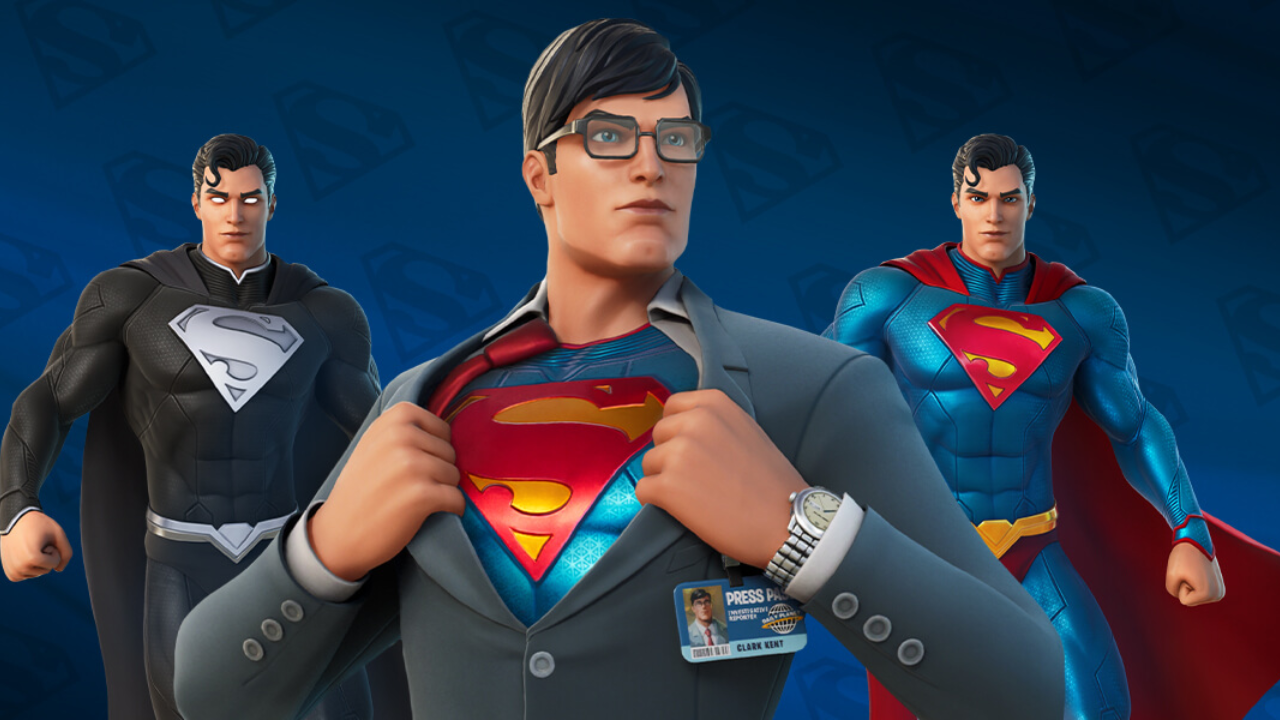 After first being revealed in the Season 7 Trailer, The new Clark Kent Outfit is now available for players to unlock, along with his matching set.

Following Fortnite's Season 7 theme of an Alien invasion, DC's Superman has arrived to join the fight in protecting the Island. Owners of the current Battle Pass can now unlock the new Superman-themed cosmetics by completing Battle Pass Quests, without the need for any Battle Stars to be earned.

Glide Through 3 Rings as Clark Kent
His powers begin to return.
Unlocks the Daily Planet Back Bling.

Use a Phone Booth as Clark Kent
His powers are back, thanks to your help. Go to a Phone Booth to suit up!
Unlocks the Secret Identity Emote & Superman's Cape Back Bling.

These cosmetics can be earned by completing a certain amount of Epic Quests.