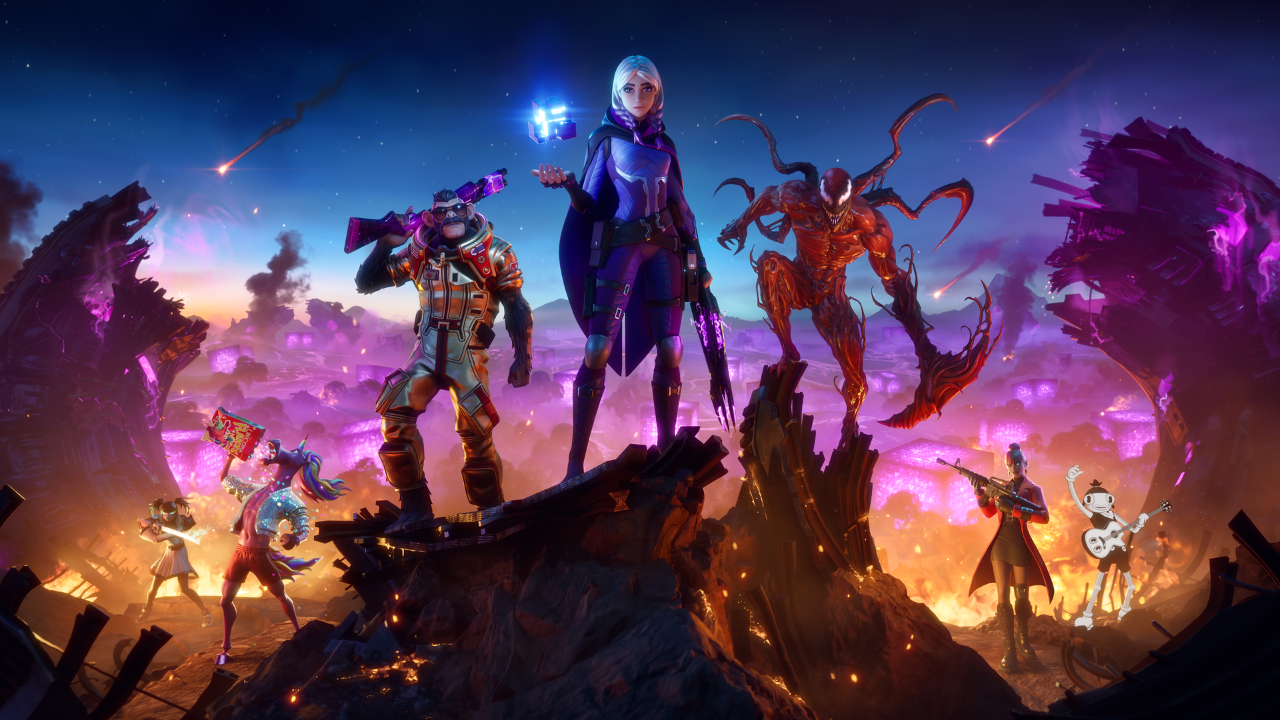 "The Alien and IO war is over, but a new war has taken shape, one where YOU’RE a combatant. After Slone double-crossed you and left you to perish on the Mothership, the Cubes that powered it are now free. These things are a bigger threat to the Island than those Aliens could've ever been. They have no face, no speech, but they’re sentient and have six sides of malice."

Season 8 introduces a brand new reality to Fortnite: The Sideways. This reality, which can be accessed through "Sideways Anomalies" is full of monsters and "the air is unfriendly to building". Each match, certain locations on the Island will be covered in 'Sideways Zones', spawning Cube Monsters along with the new Sideways Rifle and Sideways Minigun weapons.

In Season 8, players can now donate Gold Bars they've earned to new construction sites where Turret Stations can be found. In the future, the amount of Gold Bars donated will determine which weapons will be unvaulted and which new weapons should be "developed". This is an exciting new way to use Gold Bars after only being able to spend them on temporary items in separate matches during previous Seasons.

The Automatic Sniper and the Harpoon Gun are joining the loot pool for Season 8 after being vaulted a number of Seasons ago. Nuts & Bolts can still be found around the Island, allowing players to transform one weapon into another.

Following directly from the events of the Operation: Sky Fire event, there is a number of cubes located all over the Island. The areas around each cube are corrupted and bring some surprises in the loot that can be found there. Shadow Stones have also returned along with the cubes for Season 8, which can be used to turn yourself into a near-invisible ghost with abilities. New 'Shadow Flopper' fish can also now be found in fishing locations around the map.

The "Bluevin" cube seen in the live event can also be found on the Island, as well as the new Golden Cube. It's unknown what the Golden Cube's purpose is but the purple cubes can be seen following it slowly.

Reboot Cards have received a small update in today's v18.00 patch; they can now be claimed by simply walking through them. Previously players were required to interact with the cards to claim them, however, this has been updated to where just walking up to the card will automatically claim it.

Raptors have also returned in Season 8 after last being seen during Chapter 2, Season 6. They appear to work in the same way they used to, don't get too close!