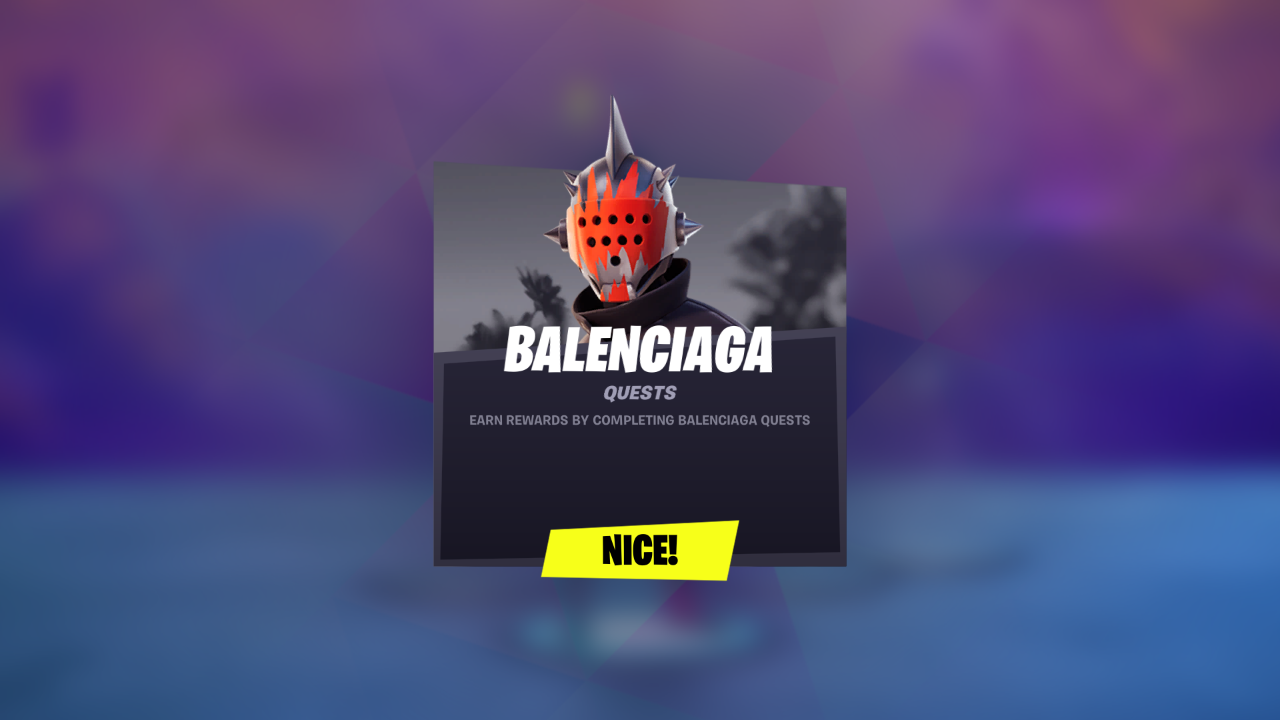 Following the collaboration between Balenciaga and Fortnite, new Quests have been released to unlock two new limited-time Balenciaga Sprays.

The Shady Doggo graffiti is easy to spot at all three locations mentioned in the Quest, we went to Retail Row in the image above. All players need to do to complete the Quest is perform any Emote in front of the graffiti, instantly rewarding them with the 'Fashion Doggo' Spray.

The video above, provided by Sixty6, shows how to collect all 40 Triple S sneakers in the Strange Times Creative Hub. The hub is currently featured meaning you'll be sent there as soon as you enter Creative mode. This Quest rewards players with the 'Knight Looks' Spray once completed.

Stay tuned on our Twitter and Instagram for additional updates on the release of new Quests and Events.