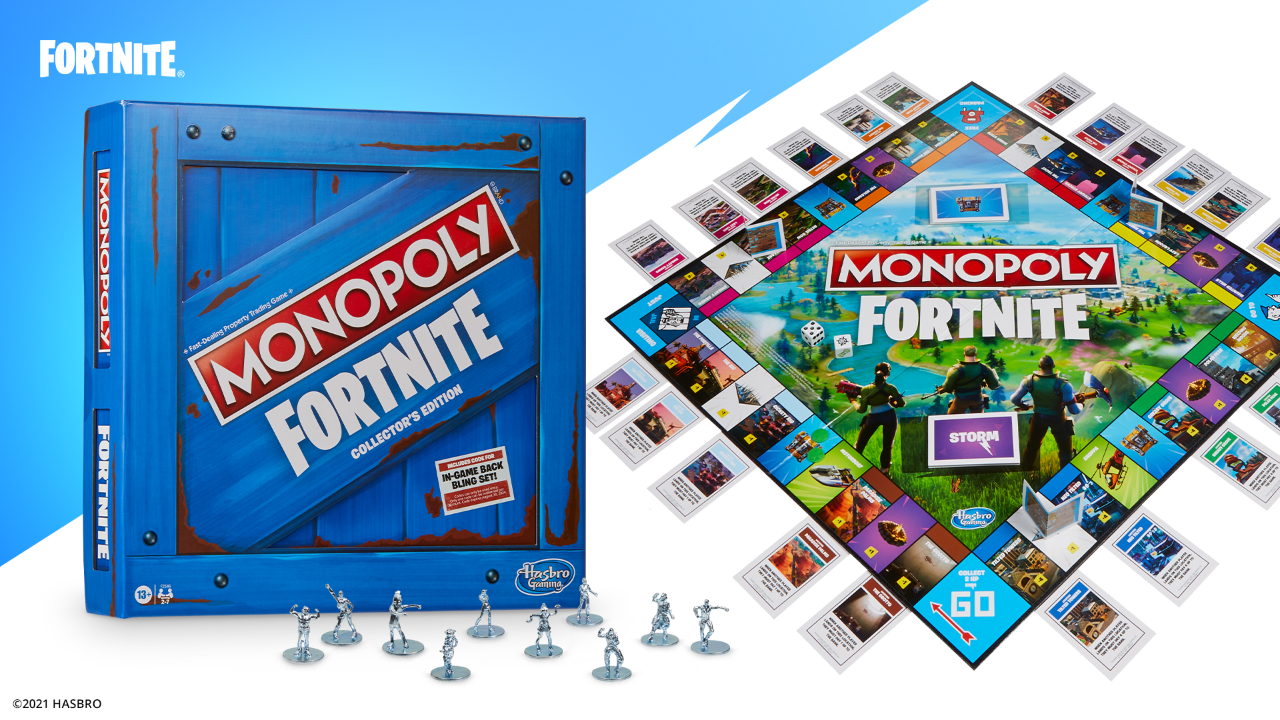 An updated version of the Fortnite x Monopoly Board Game has been revealed by Epic.

Following the original Fortnite x Monopoly Board Game, which was released in 2018, an updated version is set to be released soon. According to Fortnite, anyone who purchases the new version of the board game will get a code that can be used to redeem the unreleased Monopoly Token Back Blings in-game.

The new Fortnite x Monopoly board game will cost $36.99 (US Dollars) and will be available to purchase at retailers from December 1st. The codes that give players early access to the Monopoly Back Blings can only be used once, with codes expiring in August 2024.