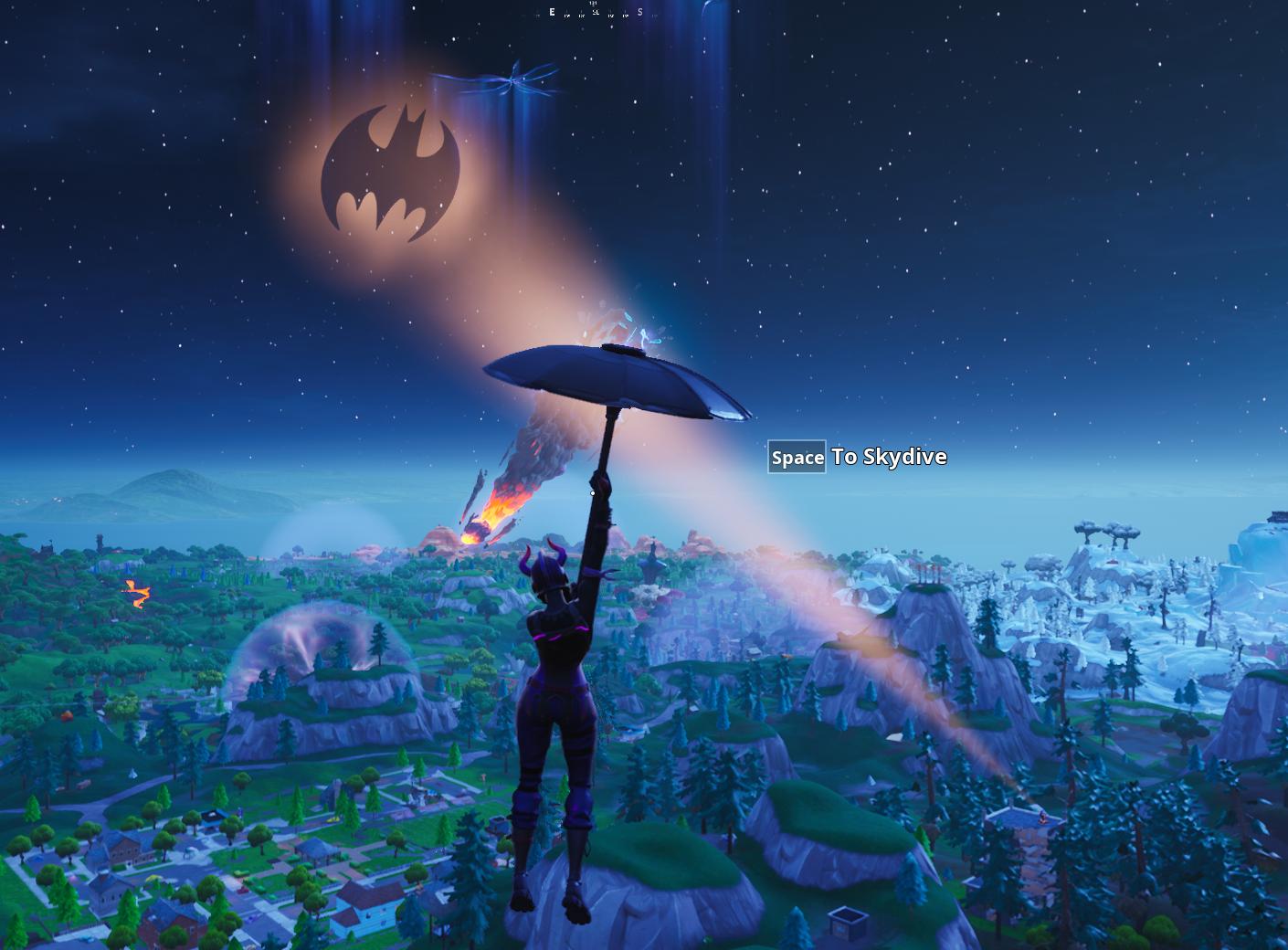 Massive leaks have emerged with all new cosmetics for Fortnite, weapons and even a new POI for an upcoming Fortnite x Batman crossover. This is a pretty unexpected and very intriguing upcoming crossover and it will be sure to break headlines everywhere once it is announced.

A loading screen has leaked, including a Bat signal located at Tilted Towers.

According to leakers, Tilted Towers is going to turn into Gotham City for a limited amount of time similar to that of Pandora in the desert region of the map, which lasted for 2 weeks.

There will also be Fortnite x Batman challenges, called Welcome to Gotham City.

There will even be cosmetics, where some assume there will be a Batman, Joker and Catwoman skin.

And two new weapons will be added.