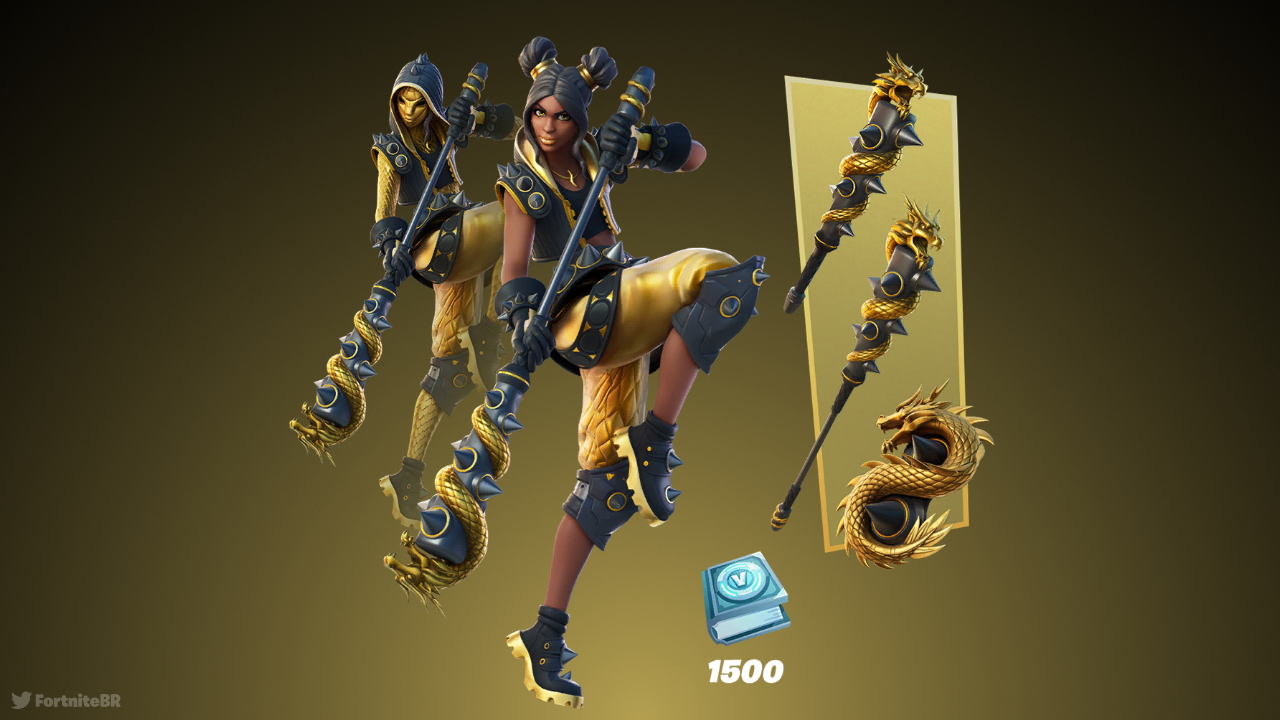 A new Quest Pack has been discovered in the files following yesterday's v20.30 update.

The 'Goldenbane Guardian' Quest Pack will include the new Guardian Amara Outfit, Serpicus the Goldenbane Back Bling, The Goldenbane Mace Pickaxe and 1,500 V-Bucks.

The also Outfit features a total of four edit styles:

Both the Hood Up and Hood Down Styles can be applied at the same time as one of the base options. Here's a look at the Goldenbane Scales Style with the Hood Down option in-game:

In-game description of the Pack:
"Protecting the temples of the Island is not an easy job, but the Guardian has a duty to the Goldenbane. Complete Quests to earn V-Bucks with the Goldenbane Guardian Quest Pack."

It's currently unknown if the new Bundle will be sold for V-Bucks or real currency. We'll keep you updated.

In other news, Chica is rumoured to be officially revealing her Icon Series Set today.