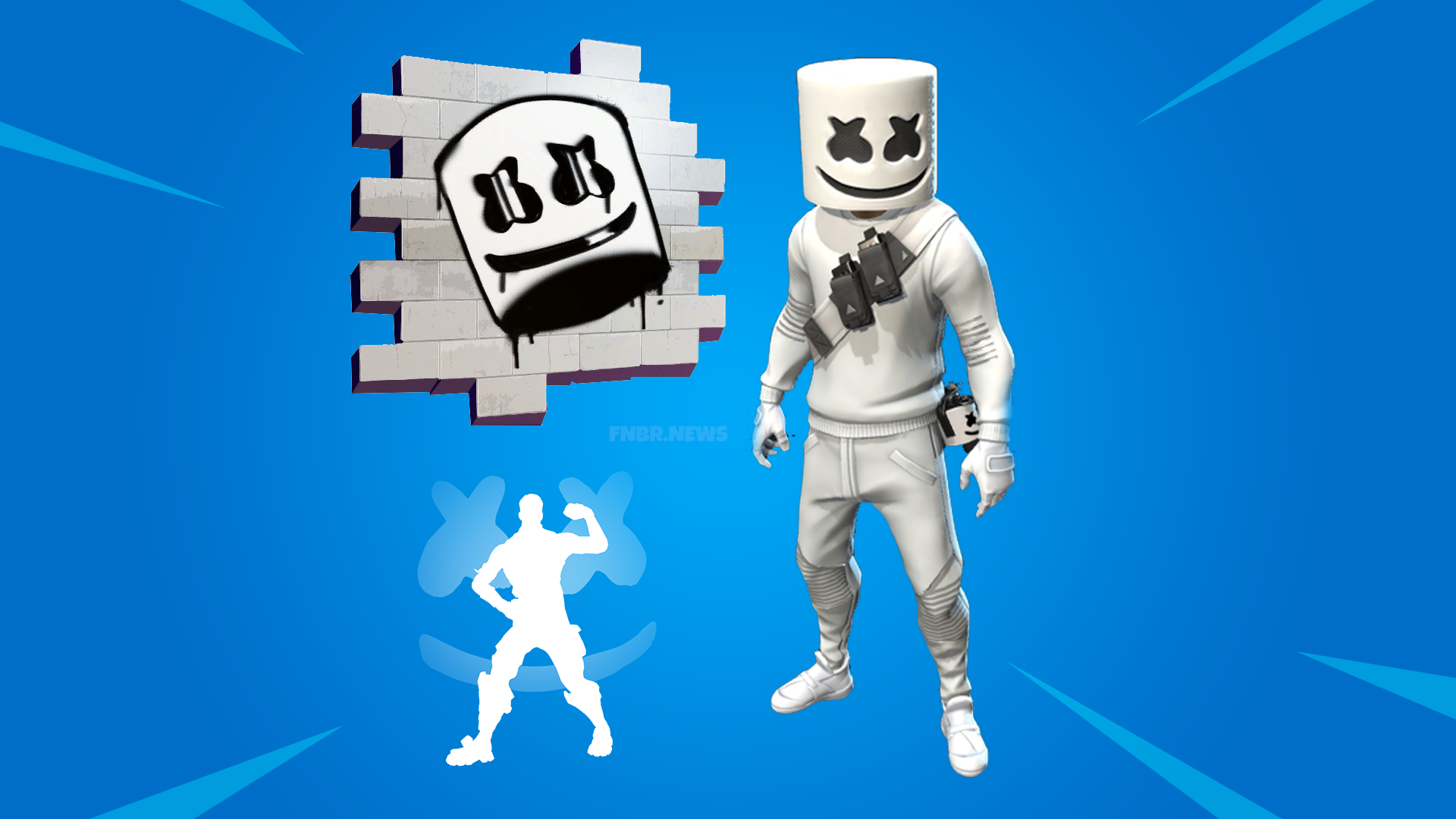 UPDATE 2: SkinTracker has found files in v7.30 that include a Festival version of the current Cuddle Team Leader skin. It is titled "Dance Bear".

A Marshmello wrap was also found in the files, and it could be animated!

References to a Marshmello glider were also found, according to ST, however there are no decrypted files for the cosmetic.

UPDATE: @Lucas7Yoshi_ has leaked the poster for the event, which reveals the start time!

The challenges have also been fully leaked:

After the release of Patch v7.20 for Fortnite, data-miners quickly found a video belonging to a possible Marshmello in-game concert. Well, with the release of v7.30 MUCH more files have been found, including a full blown cosmetic pack for the DJ.

Here is a skin, pickaxe and spray that has been found relating to the producer.

The event also has files in the game which have been leaked:

Animations for the event have been leaked by FortTory:

Alongside even challenges that are expected to possibly unlock the Marshmello cosmetics as a reward:

There has also been a "Music" LTM found in the files by FortTory, which could mean we get a Marshmello LTM as the festival? There's a lot here.

Here is a look at the HD skin: