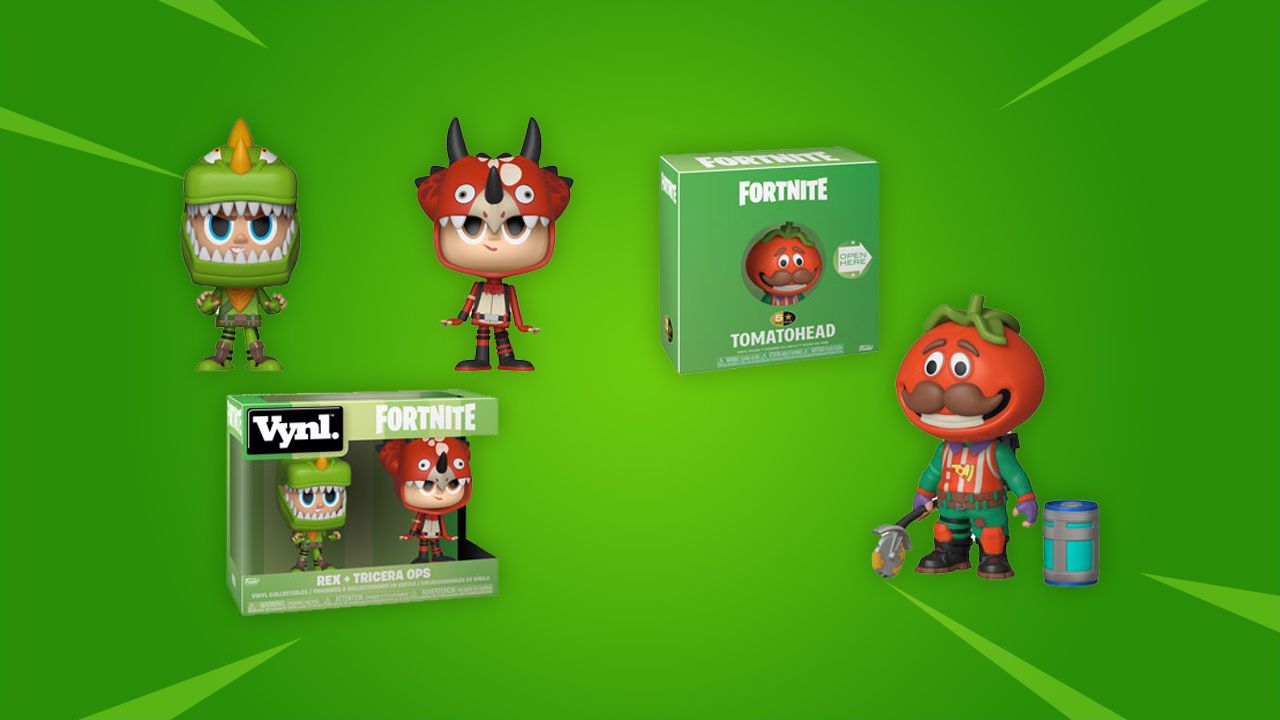 A new blog post has been released over on the Funko site to reveal a number of upcoming Fortnite figures. While Pop! and Pocket Pop! collections had already been revealed, there's now some new types too. Here's a look at what's 'coming soon':

"Sink your teeth into victory with 5 Star Omega in full battle armor, Zoey with bandages,Moonwalker with Slurp Juice, Love Ranger armed with an Impulse Grenade, and Tomato Head with a Chug Jug."

"If your squad is looking for Pint Size Heroes to have your back, these two-packs make excellent teams on and off the battlefield: Pathfinder/Highrise Assault Trooper,Ranger/Zoey, Funk Ops/ Tomato Head, Omega/Valor, Raptor/Elite Agent, Black Knight/Red Knight, Rex/Tricera Ops, Cuddle Team Leader/Ghoul Trooper, and Moonwalker/Burnout."

"Cuddle Team Leader and Love Ranger are a Vynl. duo like no other, fooling enemies with their cuddly personas while helping your team to victory. Rex and Tricera Ops have evolved to handle anything the battle can throw at them."

"Increase your squad with Pop!s celebrating some of Fortnite’smost epic skins. Rex and Dark Voyager are ready for action, and no enemy combatant will remain unscathed."