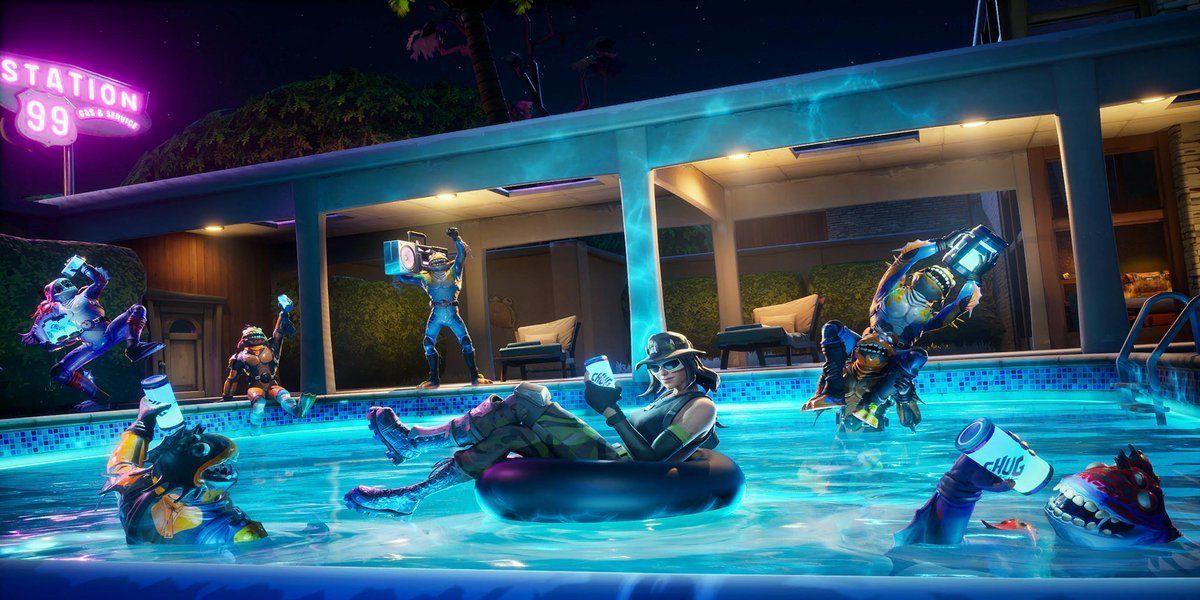 Note: Downtime begins at 4am ET/8am UTC and usually lasts one to two hours. Content will be available once the game goes back online.

Moisty Palms
In this swampy new Rift Zone, you can crouch to disguise yourself as a prop!
Greasy Grove
A Rift Zone has brought back Greasy Grove, but the neighborhood’s favorite food is now tacos. The tacos here are so good that even their smell makes people party!

Team Type: Solo | Respawning: On
Created by AlanShinohara. Knock Town was a top 3 contender for the LTM Creator Contest!
Use the grappler to jump around and dodge shots as you one-tap enemies in the air with the Flint-Knock Pistol. The player with the most eliminations at the end of the match wins!