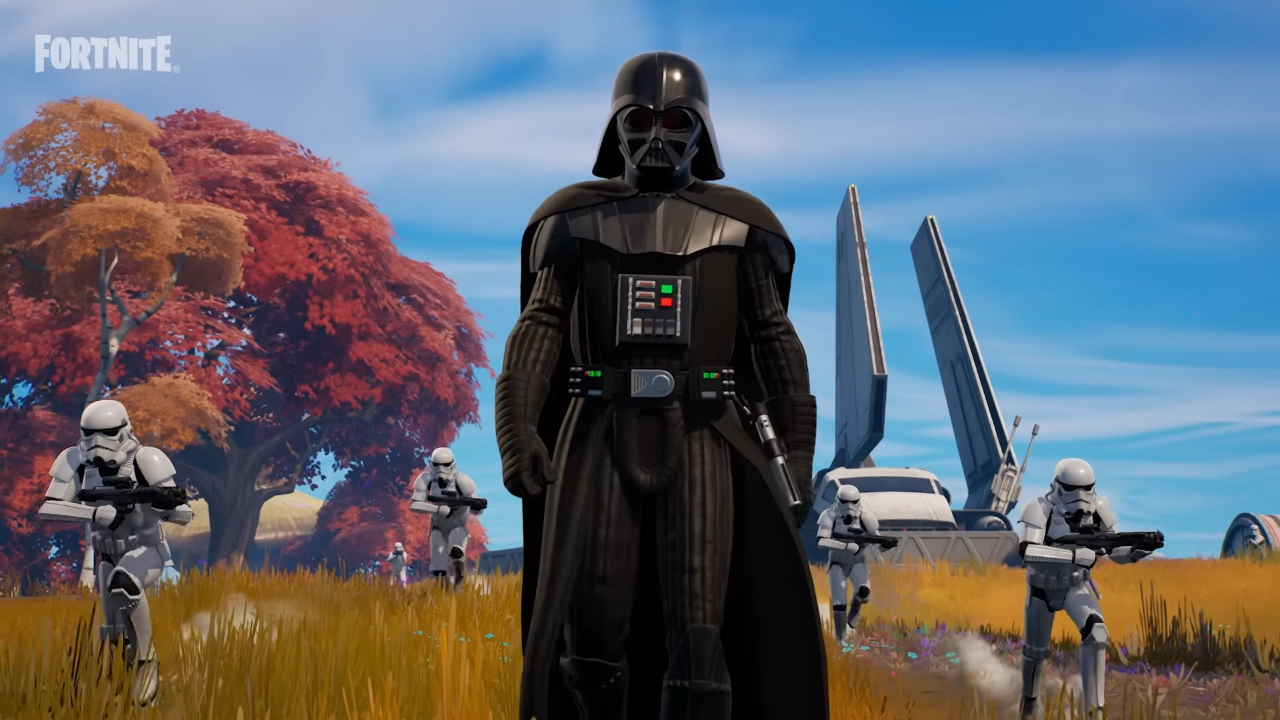 During Skywalker Week, take up Luke Skywalker’s lightsabers from A New Hope and Return of the Jedi, drop his X-34 Landspeeder on opponents, and once again shoot with the Stormtroopers’ signature weapon. Also, pick up the Luke Skywalker, Leia Organa, and Han Solo Outfits in the Item Shop starting now!

Skywalker Week runs until November 8, 2022, at 9 AM ET. Complete special Quests for XP as you use the Star Wars items available during this time:

Open Imperial Chests and inside you’ll find Luke’s Blue Lightsaber from A New Hope and Luke’s Green Lightsaber from Return of the Jedi! These lightsabers can also be found from the ground and regular Chests.

Darth Vader has begun another campaign for the Island. Like with his last visit, defeat him to collect his dropped lightsaber! In addition to swinging it, use Darth Vader’s Lightsaber to block incoming fire and throw it boomerang-style at enemies.

Stormtroopers are back on the Island too. As with this year’s May the 4th celebration, exchange Bars for one of their E-11 Blaster Rifles! You can also find E-11 Blaster Rifles from the ground, Imperial Chests, and regular Chests.

The Junk Rift is unvaulted for Skywalker Week. But what’s the Junk Rift got to do with Star Wars? This week, there’s a chance it can drop Luke Skywalker’s X-34 Landspeeder! Find Junk Rifts from the ground, Imperial Chests, and regular Chests.

The Pulse Rifle joins the other unvaulted items for the duration of Skywalker Week! Also having played a role in a galactic conflict, find this item from the ground plus regular Chests.