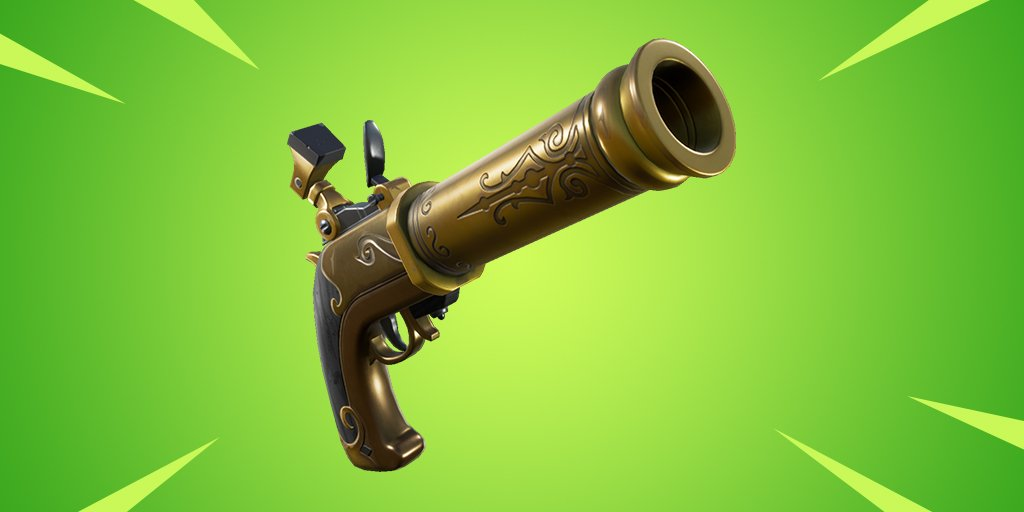 Epic Games has now released the patch notes for today's v8.11 update featuring the brand new Flint-Knock pistol and more. Here's everything you need to know:

Flint-Knock Pistol
Knock, knock...who’s there? Flint-Knock, that’s who! Pick the perfect time and knock yourself or enemies back with this new weapon!

Summary
Low Gravity. Every player has 50 health. Snipers are the only weapon and Bandages are the only healing item. Jump high and aim well!