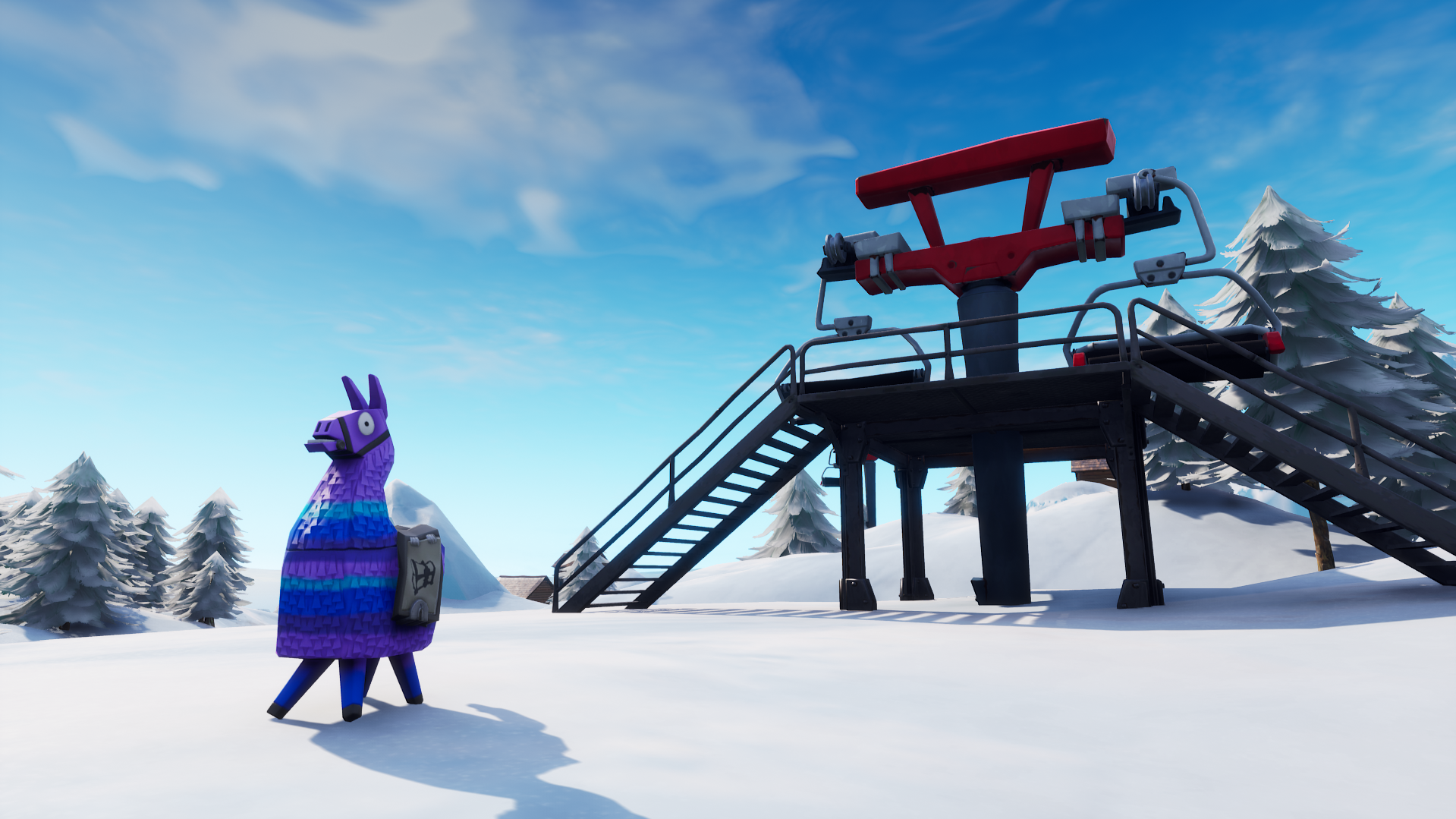 An insane amount of map changes occurred within the v7.0 update, many of which you'll be able to find below. Some changes include just a visual update, adding snow to the natural environment, while others involve new additions/destruction of parts of the environment. Given that this update was a major one, and that there may be a couple smaller changes missing, this post will likely be updated at a later date.

The v7.0 update introduced a new vehicle into Fortnite called the X-4 Stormwing Plane, and Frosty Flights is the hangar which homes quite a few of them.

This new subtle & quaint town is located directly next to where Flush Factory once was.

Polar Peak can be found at the tip of the iceberg that has infiltrated the island. Although it may look relatively small, this new location houses numerous chest and loot spawns.

Greasy Grove appears to have been flooded by the waterfall flowing from the Viking Village & frozen over upon entrance of the Iceberg.

The lake & waterfall of Viking Village that was once flowing has completely frozen over.

The Durrr Burger truck has set up shop in Retail Row. Could this be the revival of the Durrr Burger restaurant that was shut down in Greasy Grove prior to the flooding?

The twice-destroyed building in Tilted Towers is undergoing construction yet again.

Flush Factory is now buried in snow, with the only visible thing being the top of the main building & the chimney that still holds A.I.M.'s parachute. A tip of the Iceberg also knocked out one of the nearby factories' buildings, leaving only three factories remaining in this mini-POI.

Grass has regrown around the Corrupted Areas and the land is beginning to reconstruct itself once again, leaving hardly a sign of any Season 5/Season 6 events.

We're not too sure as to what we should call these additions at the moment, but you can find these small bases at the top of many mountains and scattered around the map. They typically house a wide string of ziplines to use as well.

Some POIs experienced a new snowy ambiance added to their environments. Two, for example, being Shifty Shafts & Snobby Shores.

Here's a few other noticeable changes following the v7.0 update that we didn't see the need to include within their own section.

Again, with v7.0 just releasing, there may be a couple more noticeable changes that haven't been added to this article yet. With that being the case, we'll be sure to update this article & add things that were missed regularly.