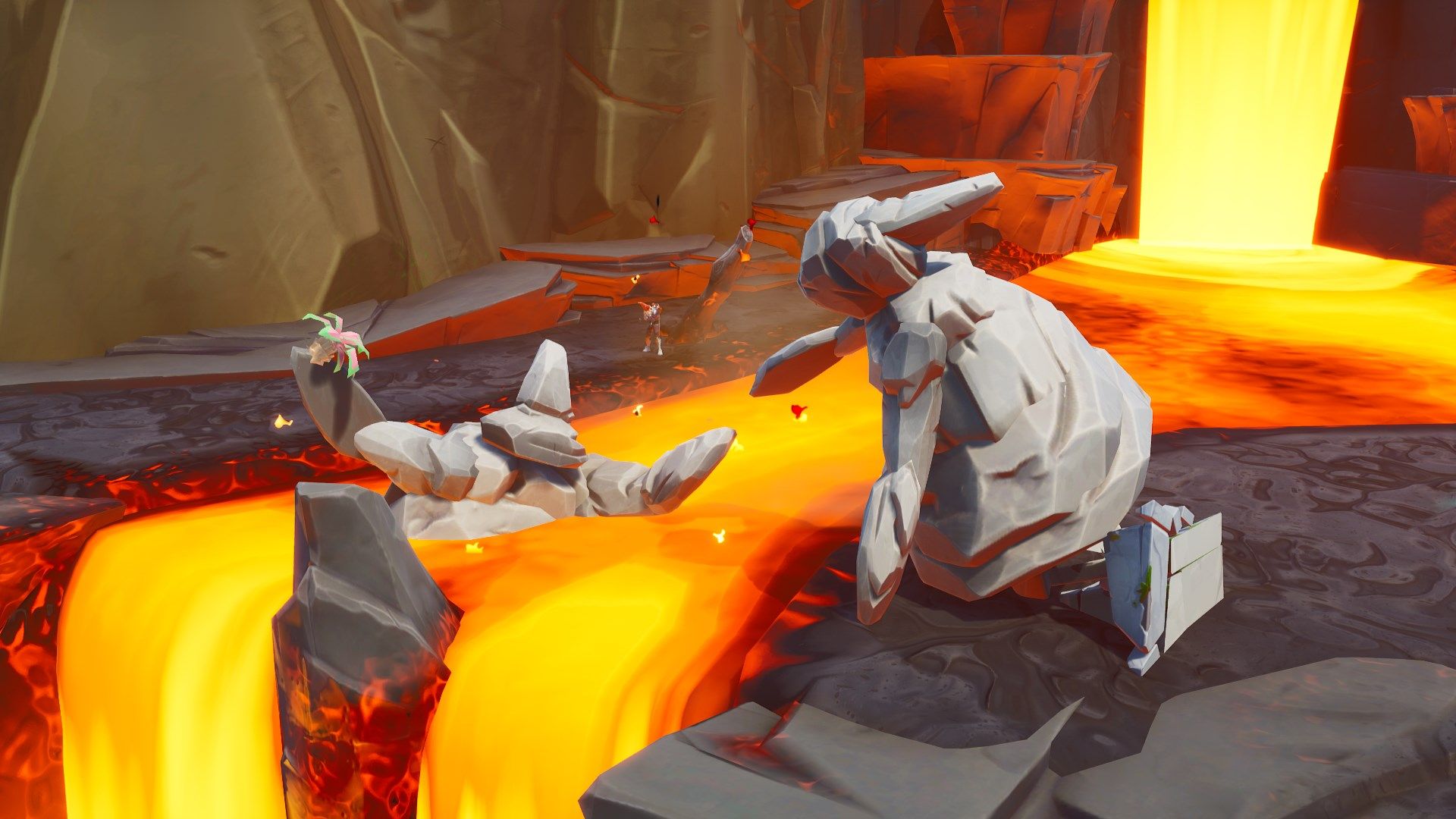 v8.50 introduced only a couple map changes that aren't too major, but with this being the final two weeks of Season 8, we can hope to see an event of some kind of large capacity that could impact the map's appearance greatly... maybe something like a volcano eruption...

Anywho, here's v8.50's map changes. This article was made around the end of downtime, so if we happen to miss any other minor changes, let us know!

Mr. Stone is now swimming through the flowing lava river to reach his beloved, and he still has her flower.

The unmarked factories that can be found by the original location of the long lost Flush Factories still houses the nightclub, which has been defamed and a large hole has been made. Although, at this time it's not too major of a change, it's important to note that one of the upcoming events (as found in the v8.50 files) seems to have something to do with this "nightclub", or whatever you'd like to call it.

The southernmost brick house now has a small & hidden underground level of its own that can be found by simply breaking one of the floors in the first story of the house.

The Block has been updated to feature a new creation by the user Callum5tewart. It's a very interesting concept, to say the least.