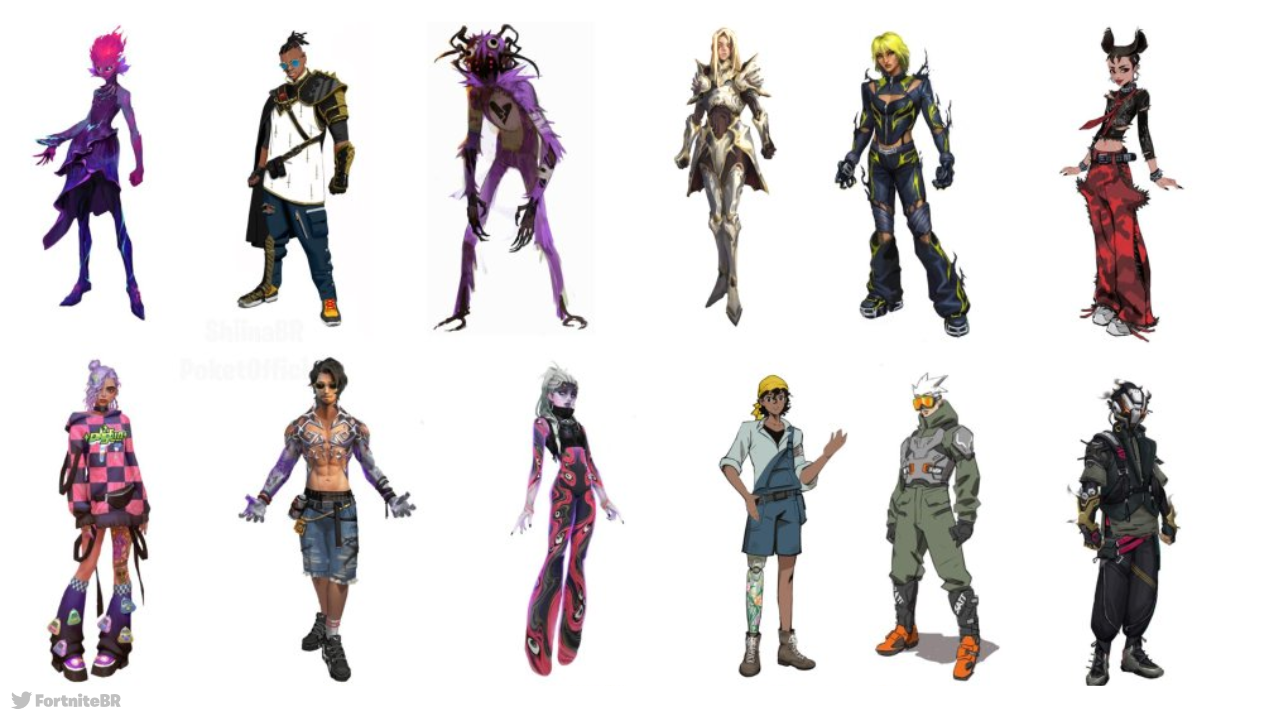 Epic Games has sent out a new survey to some players, leaking the concept designs of 56 new Outfits.

What appears to be an exclusive Nintendo Switch Outfit has also been spotted among the leaked designs. Players noticed that the new Outfit uses the same iconic colours of the Switch's Joy-Con controllers, suggesting that a new Fortnite-themed console could be coming soon. The design was originally seen in a survey from December last year, but this time a new style has also been added.

New Halloween-themed Outfits have also been spotted in the survey. A skeleton wearing clothes and a seriously creepy remix of the Cuddle Team Leader Outfit are just two of the collection.

As was the case with December's survey leak, it's extremely likely that that a number of upcoming Battle Pass characters have also been revealed today, including some for as late as Chapter 3 Season 5.

A summer version of the Guff Outfit is also featured in the survey. We could see it released during Season 3, which is expected to last until late August.

We'll keep you updated if more Outfits are leaked.

In other news, Fortnite has announced the Fortnitemares Concept Royale winners.