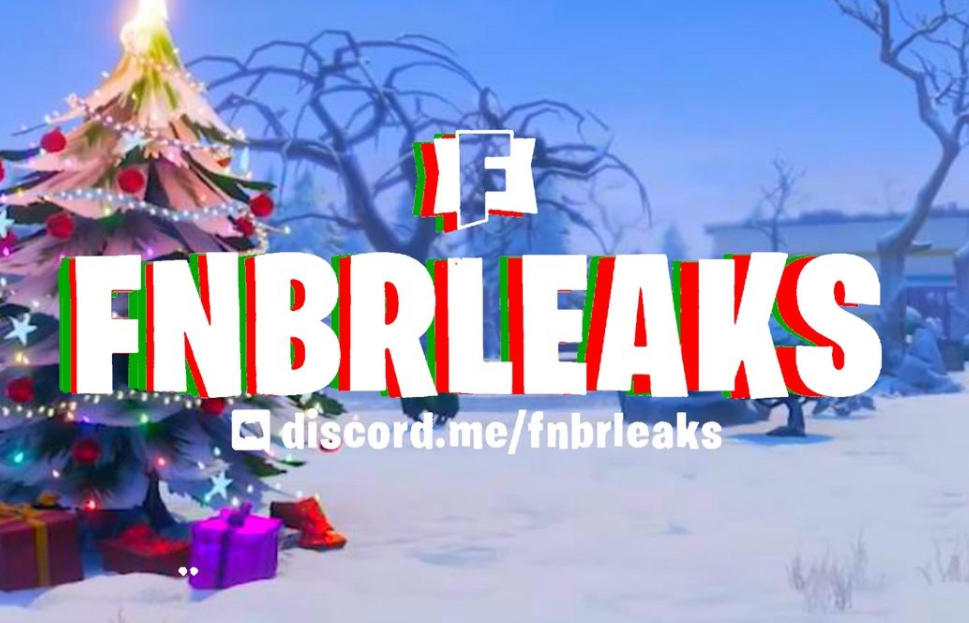 We talked with a long-time friend of ours, who happens to be the biggest Fortnite leaker on the planet - @FNBRLeaks. Real name Preston, he resides in the United States and currently owns a leaking twitter that is home to over 240,000 followers.

Preston is responsible for some of the largest Fortnite leaks to date, up until close to Christmas 2018, when he was sent a Cease & Desist letter from attorneys representing Fortnite developer Epic Games. Extensive coverage across the web showcased the shutdown of his social medias, and hundreds of leakers went into hiding to avoid possible repercussion.

Since then, Preston has returned to social media but is currently refusing to leak to avoid a possible lawsuit from Epic Games, who have not given him a go ahead to go back to leaking. It's possible he'll never leak again.

Here's our exclusive interview with @FNBRLeaks.

Ben W: Alright, let's begin. Haha. Firstly, thanks for agreeing to do this. You have the right to not answer any question you don't want to.

BW: So, let's ease into it. How long have you been playing Fortnite, and are you still playing it as much as you used to?

P: "I’ve been playing Fortnite since Early December of 2017, but I’ve played on and off with friends since late October, and I still play it regularly since I do stream it and I do believe I play more than I used to since I started."

BW: So, you've been playing since quite early on. When did you start leaking then?

BW: What did you leak? Just basic data-mines?

P: "I remember my first leaks were unreleased emotes. Then I started getting into more complex leaking (at the time) by reading data from the game files."

BW: Did you learn that through experimenting, or did you look for tutorials on datamining?

P: "I did use some forums online for help and issues when I got stuck, yet majority of it I taught myself. I do have experience with reading data and whatnot though."

BW: Oh yeah? Can you tell me about that prior experience?

P: "Around early 2016 I used to mess around with Black Ops 2 on Xbox and other games and mod the game by, reading, identifying, and modifying the game data."

BW: So, you've gained a huge following doing leaks. Over 240k followers to date. It's clear you did something right. Did this growth happen quickly or was it a slow increase in followers?

P: "I remember the first emote leaks I did at the time was really unique that nobody has seen at the time, and I was first featured on the @FortniteBR twitter when I was at around 70 followers, about a week after that other youtubers were sourcing off that article and I started blowing up and gained my first 10k followers in about a week. Another big leak I did was reveal that Jetpacks were going to return, that leak was also massive and I was featured on FortniteBR, and big YouTubers such as Ali-A, HollowPoiint and TheCampingRusher, which caused me to blow up in followers."

BW: So. Let's set the scene. You're the biggest Fortnite leaker on the planet, without a doubt. So, it was quite a shock when you deactivated all of your social media accounts last month. When we learned you had gotten a cease and desist from Epic Games' legal team, your take-down was so massive that it prompted almost every single leaking account on Twitter to go into hiding mode.

What was your initial reaction when you received this C&D?

P: "I’ll be honest, I wasn’t shocked. I was expecting some consequence eventually when I started modding the game."

BW: Were you surprised with just how many accounts shut down or pivoted from leaking once you left? That's got to be a huge influence in order to do something like that.

P: "Yea, it was honestly crazy. I remember once I disabled I saw about 15 new articles come out within the first day and tons of leaking accounts just transform into news account."

BW: What's the largest leak you've done that had you scared about the consequences?

P: "My leak about the Heavy Sniper gameplay without a doubt."

BW: So, you haven't leaked since the letter. Do you think there's a chance of you going back to that, or do you think Epic will never give you the go ahead?

P: "As of now, I’m legally not allowed to, but I don’t think I’ll be able to go back to leaking."

BW: That sucks. What are you going to do on these accounts then? Just news? Anything you're hoping to do now that you can't leak?

P: "I'm planning on just posting news. I just want to get some content out to my followers instead of being completely inactive."

BW: Do other leakers sometimes do things that you feel you'd have done better if you were allowed to leak?

P: "Not really to be honest, Epic is really making improvements with their security (eg. encrypting more skins, detecting game modifications, etc.) there isn’t really anything much different I would do."

BW: Epic Games have expressed their distaste for leaks in the past - do you think that leaking benefits their game or actually harms it?

P: "In my opinion, I do believe it benefits their game (for a lot of people) I remember back in April when Raven was first leaked, I thought it was badass, so I made sure to put money aside so I can buy it when it was released."

BW: So, what's next for you? Are you hoping to pivot away from Fortnite or are you going to stick with it for a while? How long do you think this all will last?

P: "I’ll be honest, I don’t really have plans for the future. I still love fortnite, so I don’t see myself drifting away from fortnite anytime soon"

BW: Well, thank you for doing this. Appreciate your honesty, and hope the best for you in the future. Do you have any last comments before we finish?

P: "No problem, for comments I just want to say to everyone who mods/leaks Fortnite to be careful with what you do. I wouldn’t want anyone else getting into the situation that I was in."

You can follow Preston on @FNBRLeaks, or us on @FortniteBR - or if you wanna chat, I'm here on @bnwkr.