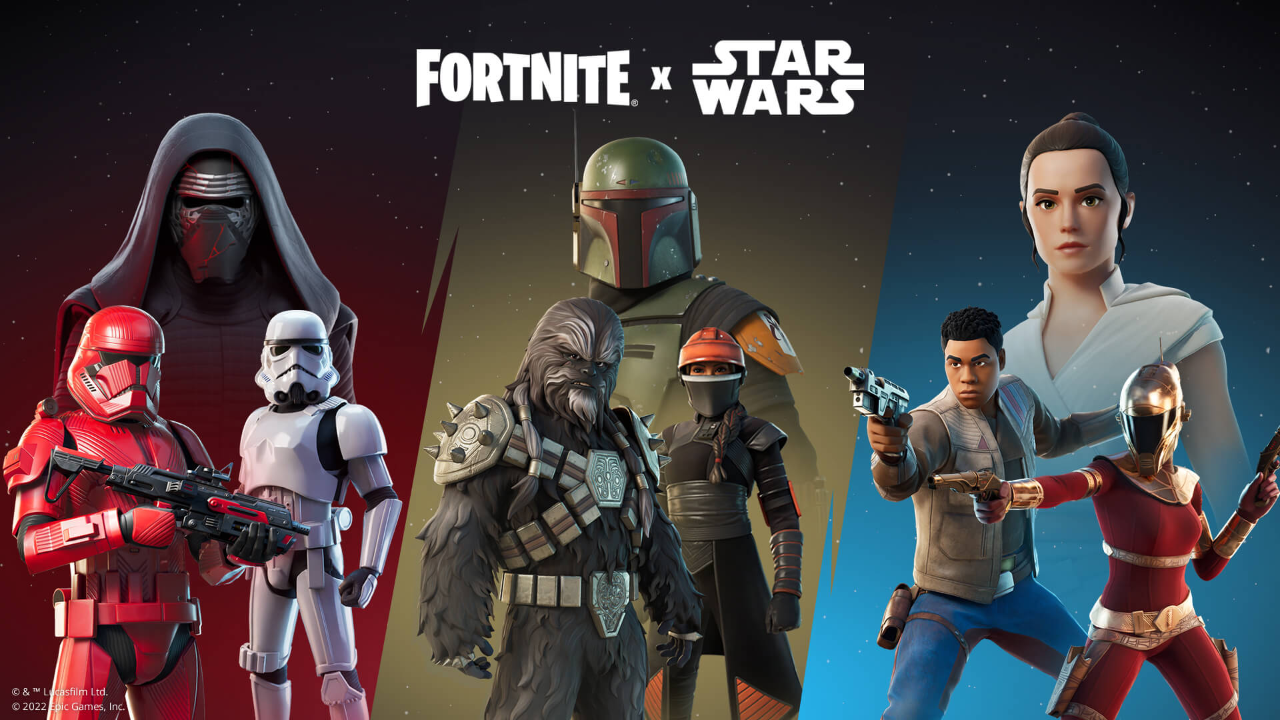 Fortnite has revealed new plans to celebrate Star Wars Day 2022 with the return of Lightsabers, Item Shop cosmetics and more.

After weeks of rumours and leaks on their return, Lightsabers have finally been reintroduced to Fortnite. The Luke Skywalker, Kylo Ren and Mace Windu Lightsabers have all been unvaulted, along with the new Obi-Wan version which replaces Rey's for this year.

The E-11 Blaster Rifle has also returned with today's update. Stormtroopers have set up checkpoints in search of Obi-Wan - go to one of these checkpoints and exchange Gold Bars for a Blaster! They can also be found in Chests and on the ground.

Active from now until May 17, the new Star Wars Quests will reward players with XP and an Empire Banner upon completing five missions.

Every non-Battle Pass Star Wars Outfit will return to the Item Shop over the next two weeks:

An Obi-Wan Kenobi Outfit is also expected to be introduced before May 17. We'll keep you updated.

In other news, Marvel's Wanda Maximoff is coming to Fortnite very soon.