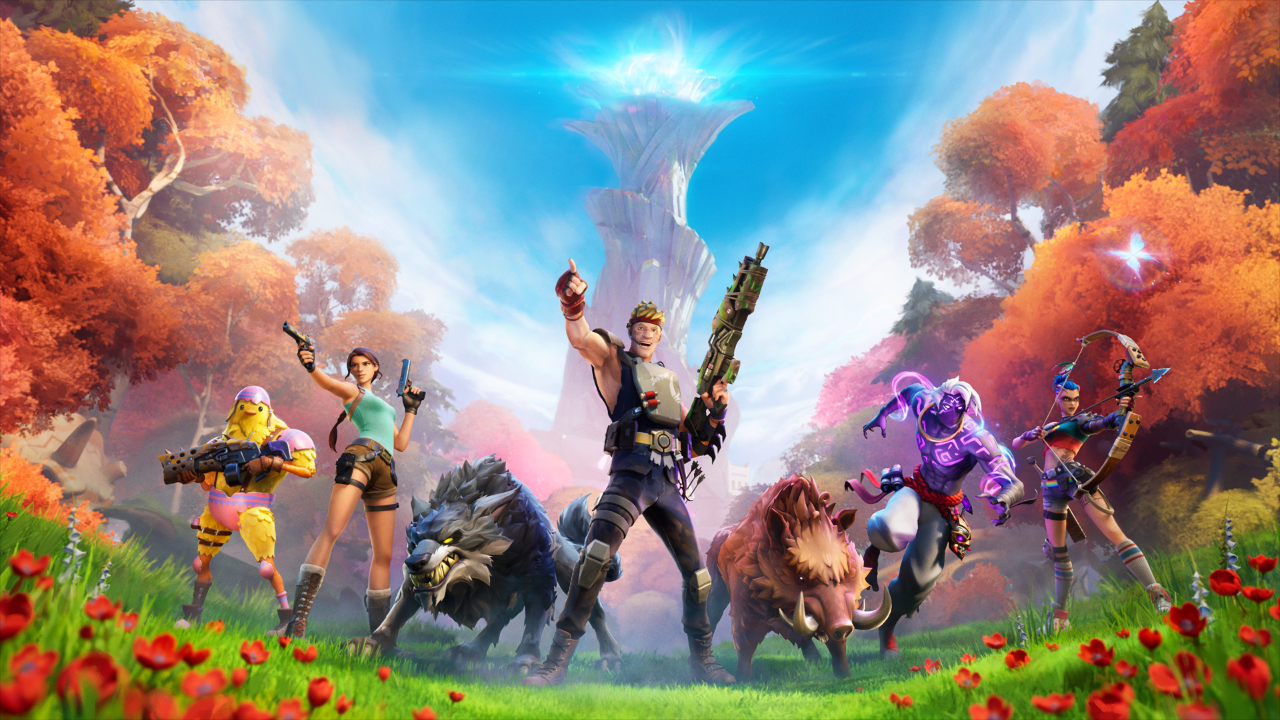 Fortnite Chapter 2, Season 6 has has arrived! Here's everything new from the update.

With a new Season comes a new Battle Pass, the Season 6 Pass is now available in-game for 950 V-Bucks or free for anyone who owns the Monthly Crew Pack.

Along with new cosmetics, the Battle Royale map has also been updated to feature a number of new locations and landmarks.

Season 6 also brings a collection of new Fish to the game for players to catch.
These descriptions were also added:
- Can be thrown. Cuddles enemies then bursts with joy.
- A stinky fish. Can be thrown or eaten. May cause indigestion.

A number of new weapons were also added in the v16.00 update, with all of them following the new 'Makeshift' design themed around the Primal Season Title.

Wildlife abounds on the island, ranging from prey like chickens to vicious predatory wolves. Hunt or tame wildlife to not only live off the land but to gather materials for crafting.

Open them up for powerful weapons that can range from rare to legendary, like rocket launchers. As the season progresses, new advancements will arrive in the form of weapons and upgrades, like a new chonkers tire set to let you tear it up off-road.