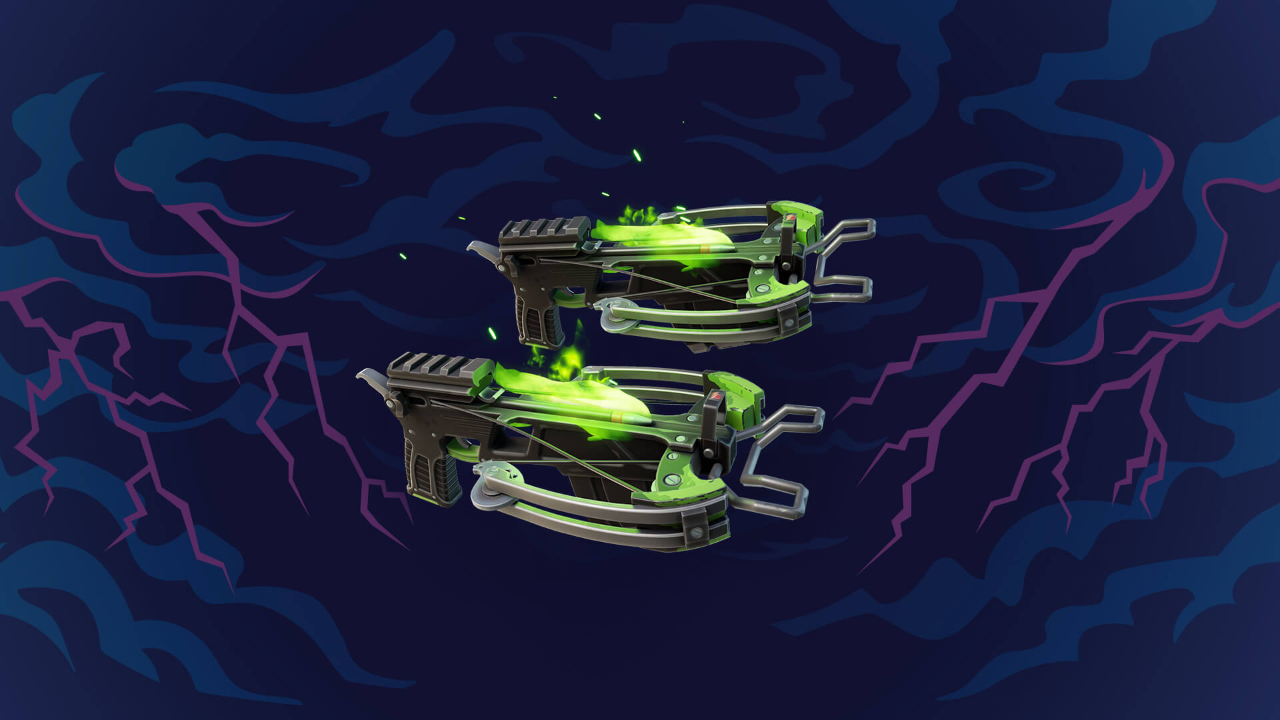 Fortnite's latest Hotfix for Chapter 2, Season 8 is here with some major changes and new additions to the game.

After first being spotted in the Battle Pass Trailer for Season 8, the new Dual Fiend Hunters Weapon can now be found in-game.

"So you’re venturing into The Sideways to get some Sideways weapons. Like the Fiend Hunter Crossbow, the Dual Fiend Hunters deal extra damage to Cube Monsters. But here’s what’s different: being more modern, the Hunters have a faster fire rate than their Crossbow predecessor."

The Dual Fiend Hunters can be found in Chests or as floor loot, with all rarities from Common to Legendary being available.

The new weapon will not be available in Competitive playlists.

In preparation of Halloween, Fortnite's v18.10 Hotfix has also introduced a number of spooky changes to the game.

Keep up to date with the latest Season 8 news and follow us on Twitter by clicking here.