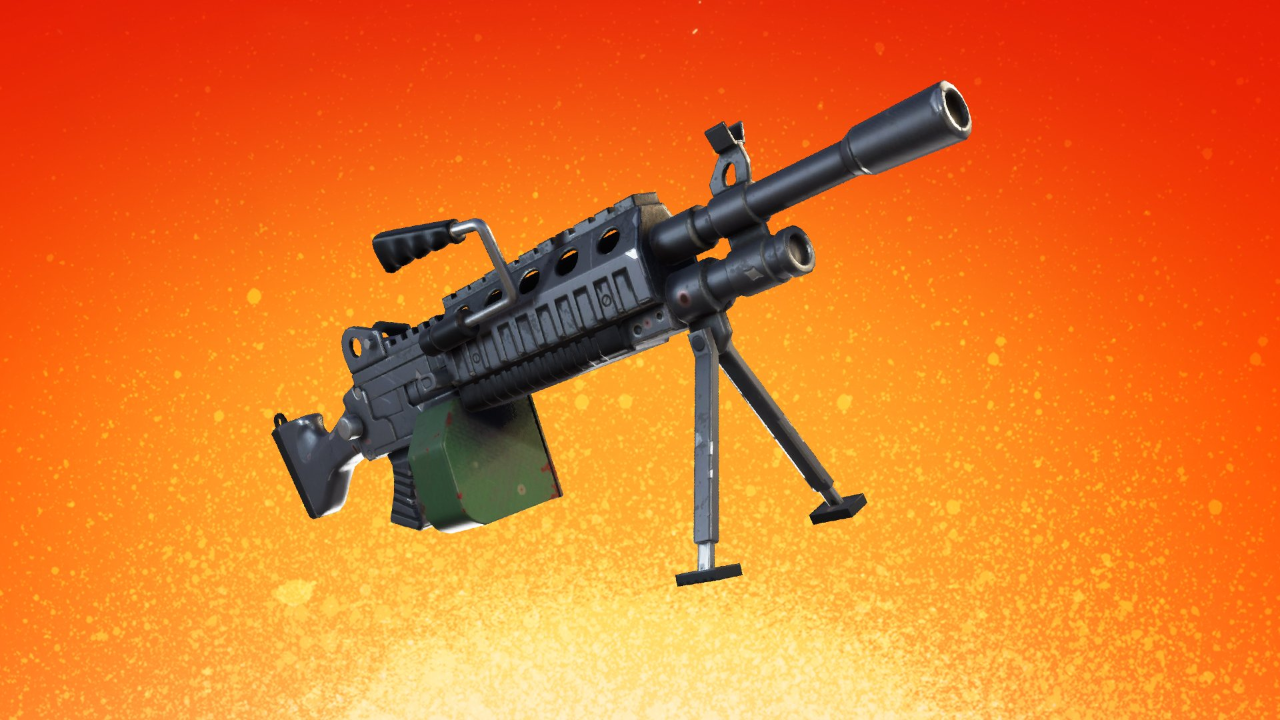 Fortnite has released the latest Hotfix for v20.20, introducing a number of changes to Battle Royale.

The Battle for Rocky Reels

The Resistance has won the Battle for Coney Crossroads! With this POI now held by the Resistance, Funding Stations for an Armoured Battle Bus and set of Turrets can now be found here.

The fight against the IO continues in the Battle for Rocky Reels. This is no movie: drop into Rocky Reels and help push the IO back! Starring on the IO side is Huntmaster Saber, again in action overhead.

The Light Machine Gun (LMG) has been unvaulted across the Island! Take advantage of its fast fire rate and 60-round magazine. The longer you hold down its trigger, the more manageable its recoil becomes.

Find LMGs on the ground and in Chests, Rare Chests, Supply Drops and Loot Sharks.

The Boogie Bomb/Rift-To-Go trial period has ended and now it’s time for a vote! Funding Stations pitting the two items together can be found at all major POIs, so head to a Funding Station and contribute Bars to your preferred choice. The first choice to reach 100% Funded based on everyone’s global contributions will win and enter the loot pool immediately!

In other news, Street Fighter's Blanka and Sakura are coming to Fortnite this week.