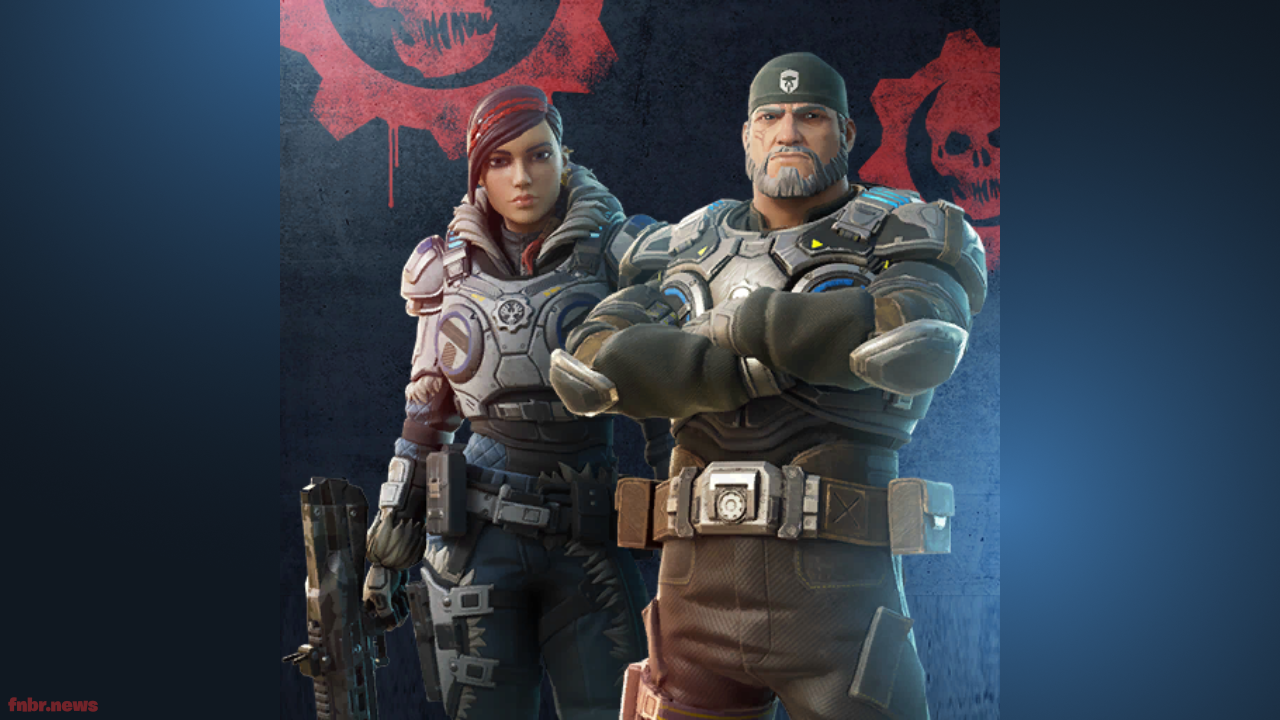 Files related to Gears of War have been discovered in Fortnite's v19.00 update, including two new Outfits.

The Outfits, which were first spotted in the Battle Pass trailer, are Fortnite's versions of the 'Marcus Fenix' and 'Kait Diaz' characters from Gears of War. Quests linked to the cosmetics have also been found in the files, however, the rewards are currently encrypted.

The upcoming collaboration has also been teased in-game, with the iconic Gears of War logo spotted around the Island.

We'll keep you updated if an official announcement is made by Epic Games.