Fortnitemares will begin on October 24 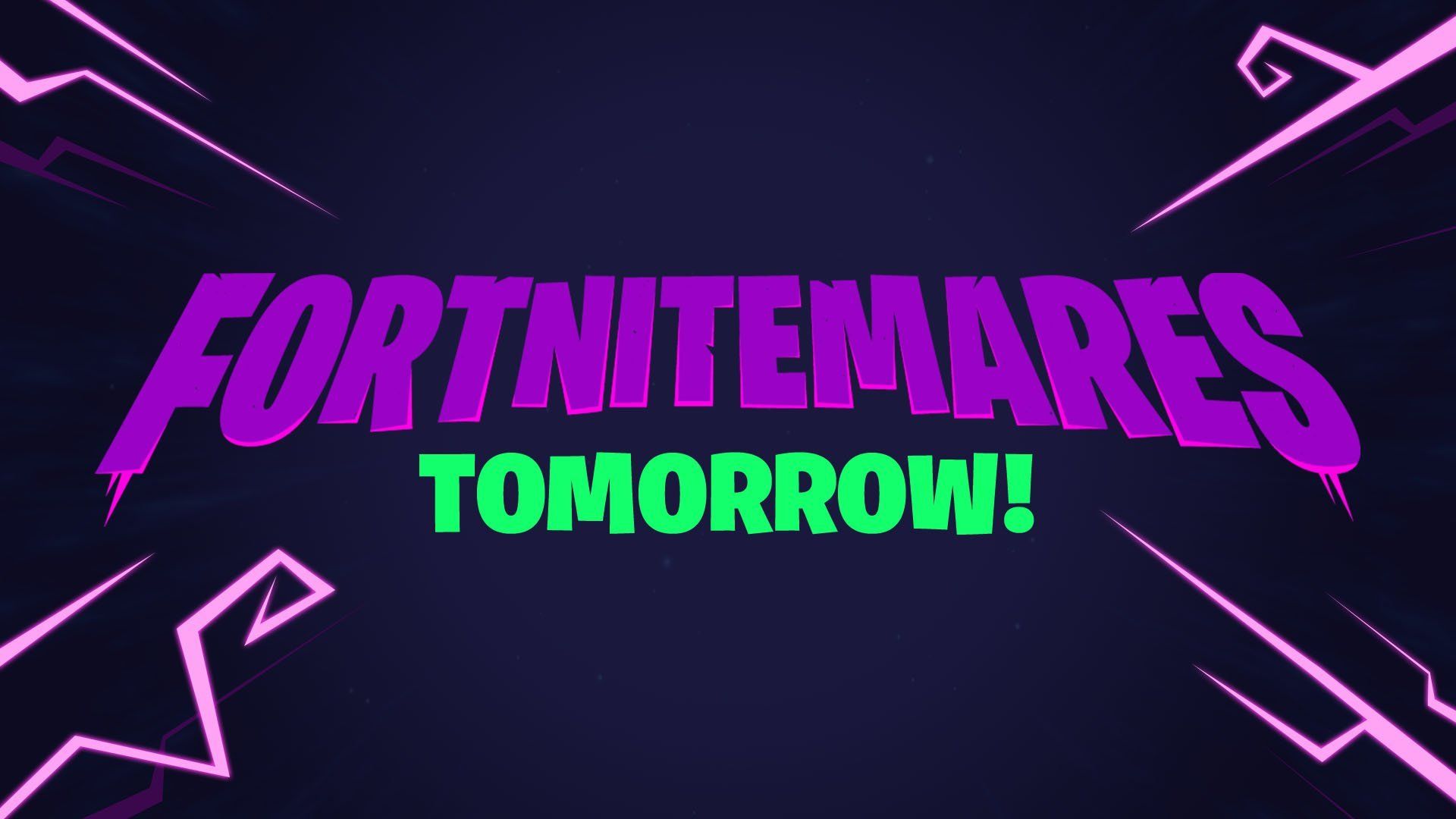 Update: It's official now, Epic has announced the event over on Twitter:

The release date for Fortnite's upcoming Fortnitemares event has finally been revealed. A notification has appeared on PlayStation 4 to confirm it'll begin on Wednesday, October 24 and run until Monday, November 26.

We don't currently have much information regarding the event, but it looks like we should expect a new set of challenges for free rewards, similar to the Birthday celebrations:

"Spooky rewards await those who complete the new Fortnitemares challenges".

Perhaps these rewards will include some of the items teased over the past few days:

Downtime for the new patch will likely begin at 4am ET/9am BST like usual. We'll update this post once an official time is given.