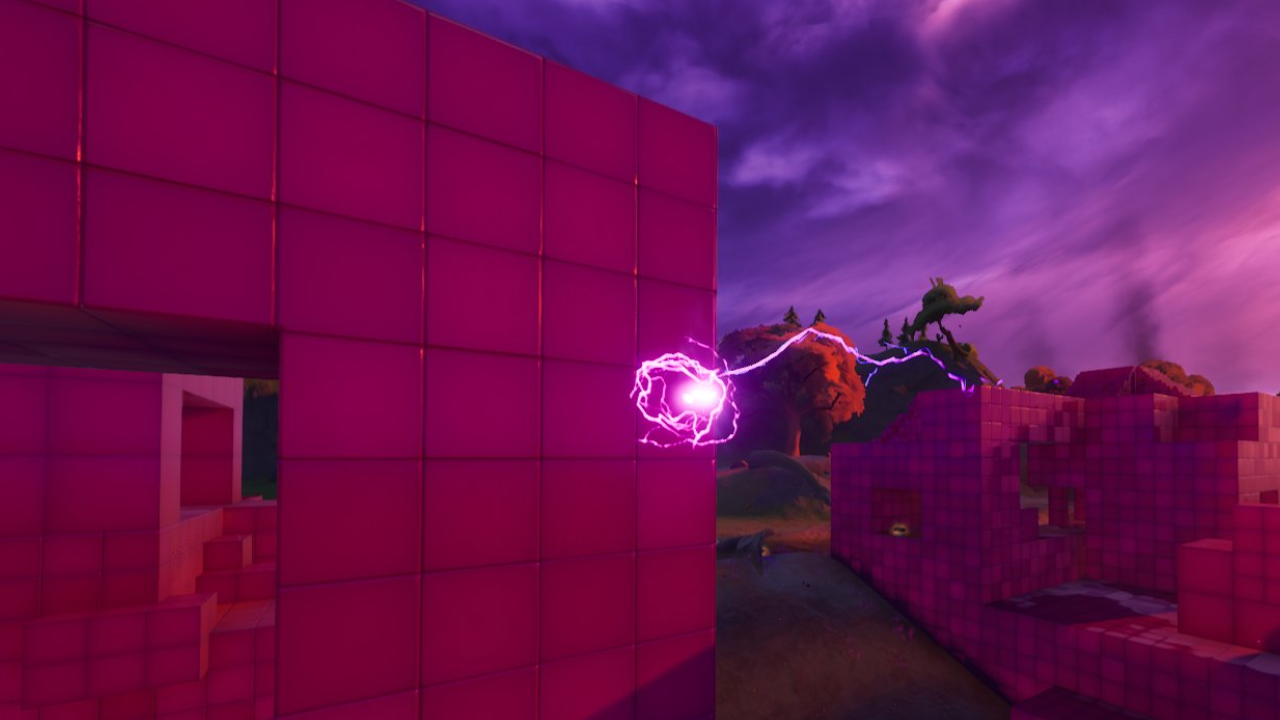 Fortnite's latest POI "The Convergence" is awakening with a new purple lightning strike effect that has been spotted by players in-game.

The Cube Town, which was introduced to the Island during the events of Fortnitemares 2021 has once again grown in size, now entering its third stage of growth. With phase 3 of The Convergence, The Cube Queen has floated higher into the air, causing the main tower of cubes below her to rise. The new changes have also introduced a new "zapping effect" to the cube structure which can be spotted in-game.

The Convergence is predicted to play a large role in the upcoming Season 8 finale live event, which is expected to be based around The Cube Queen and the destruction of the Island. The new purple lightning effects could be an indication of some bigger changes that will be arriving once phase 4 of The Convergence is added to the map.

We'll keep you updated if any more changes come to the location.