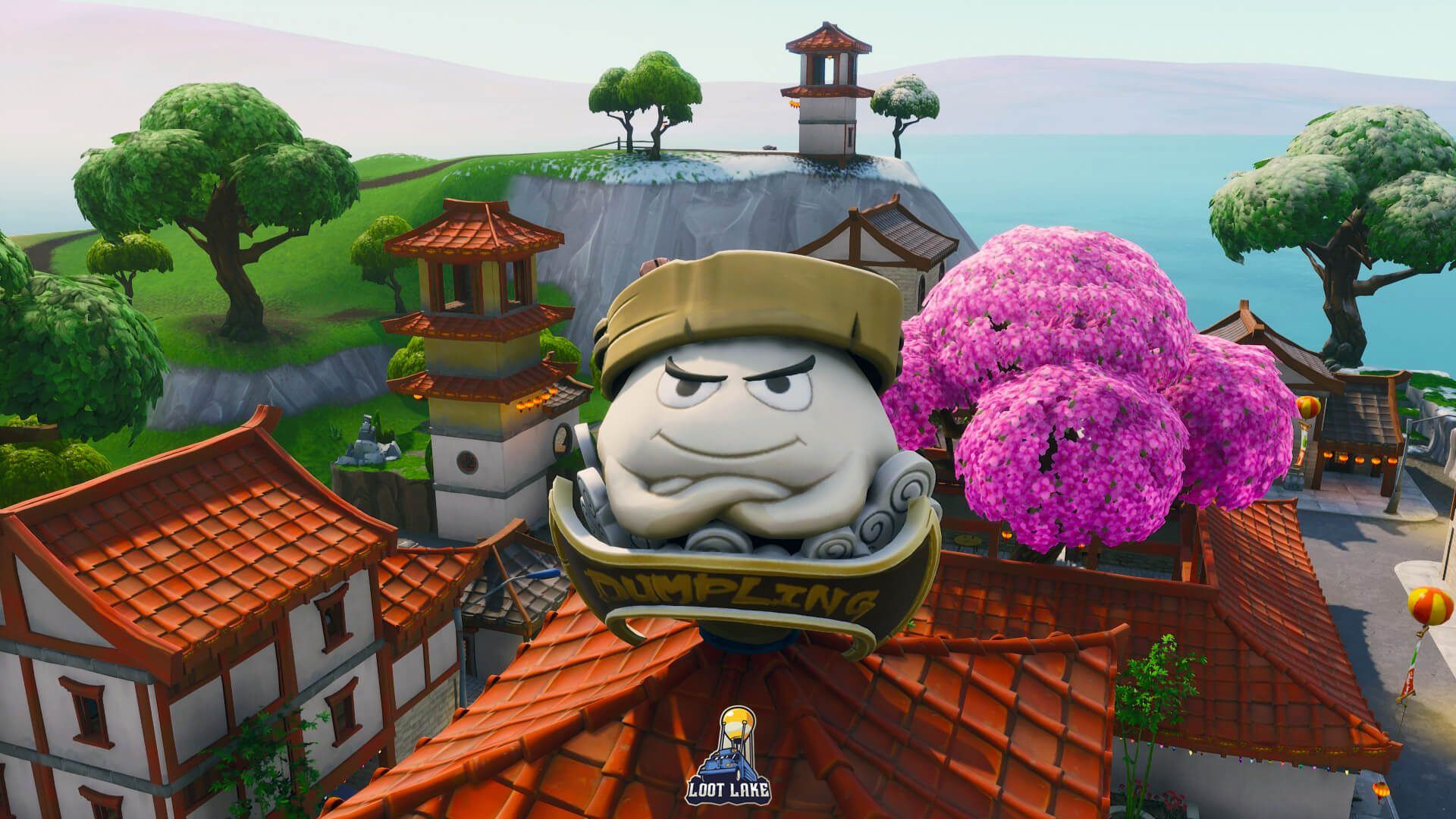 According to data-miners who have been searching through the Fortnite Patch v7.30 files, there will be a Dumpling cosmetic set coming which includes, currently, a Dumpling skin.

We have not decrypted the skin fully - only the mesh of the skin's head. Not much, but it's enough to be weirded out.

This image was sent to us by our friend @YummyAlpha, who seems to be the only one who has found this in the files.

It's a very weird mesh. Of course, there are no textures on here so it looks even weirder than the final design probably is. I kinda want this skin though, I won't lie.

We'll keep you updated if anything else for this set arises!

It's important to note that there is a Dumpling restaurant in Lucky Landing which was added in Patch v7.10.