Leak: Dune cosmetics will be coming to the Item Shop soon 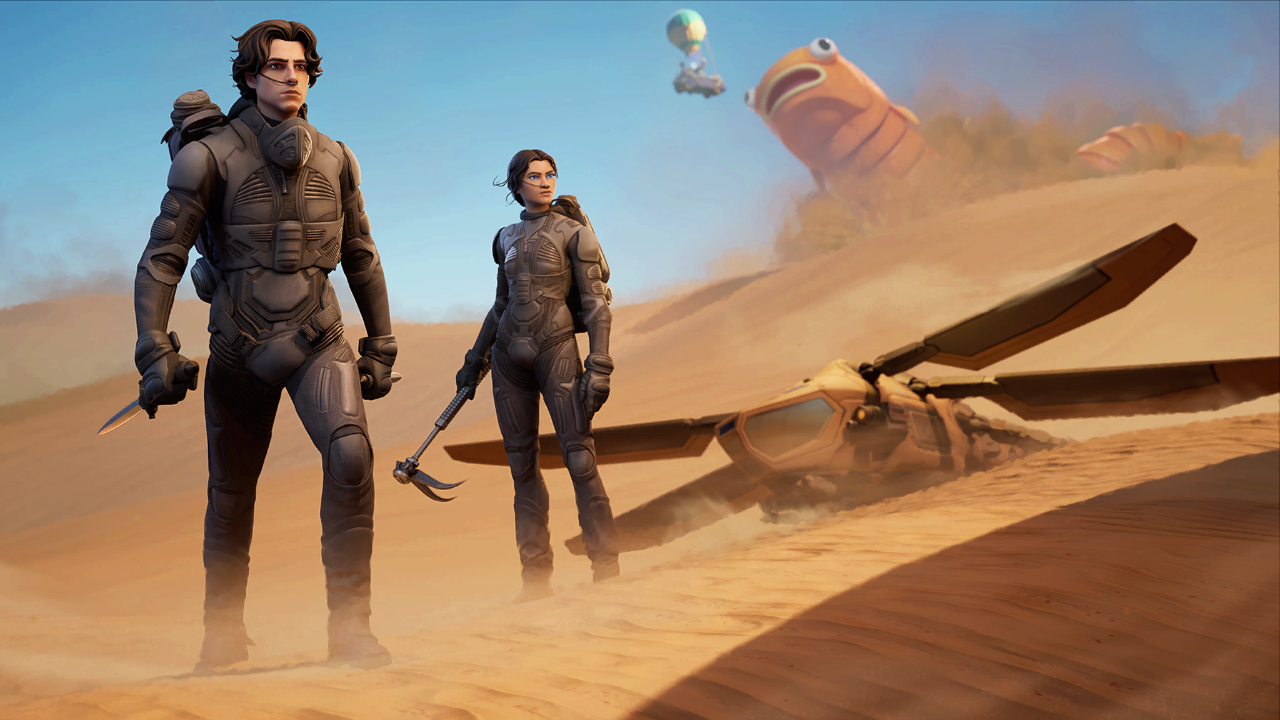 New cosmetics have been decrypted from the Fortnite game files that reveal a collaboration with Legendary Pictures' Dune movie, which is set to be released later this week.

The newly-decrypted 'DUNE' Set features nine cosmetics; two Outfits, two Back Blings, two Harvesting Tools and one Glider, Emote and Loading Screen. The Dune collaboration is expected to be officially announced in the coming days along with a blog announcing a release date.

With the movie set to release in cinemas and on HBO Max on October 21st, it's likely an official "reveal" will come this week.

As well as being able to purchase the new Dune cosmetics separately, Fortnite has also decrypted two bundles that will allow players to purchase everything for a discounted price.

We'll keep you updated as more information is revealed about the new collaboration with Dune.