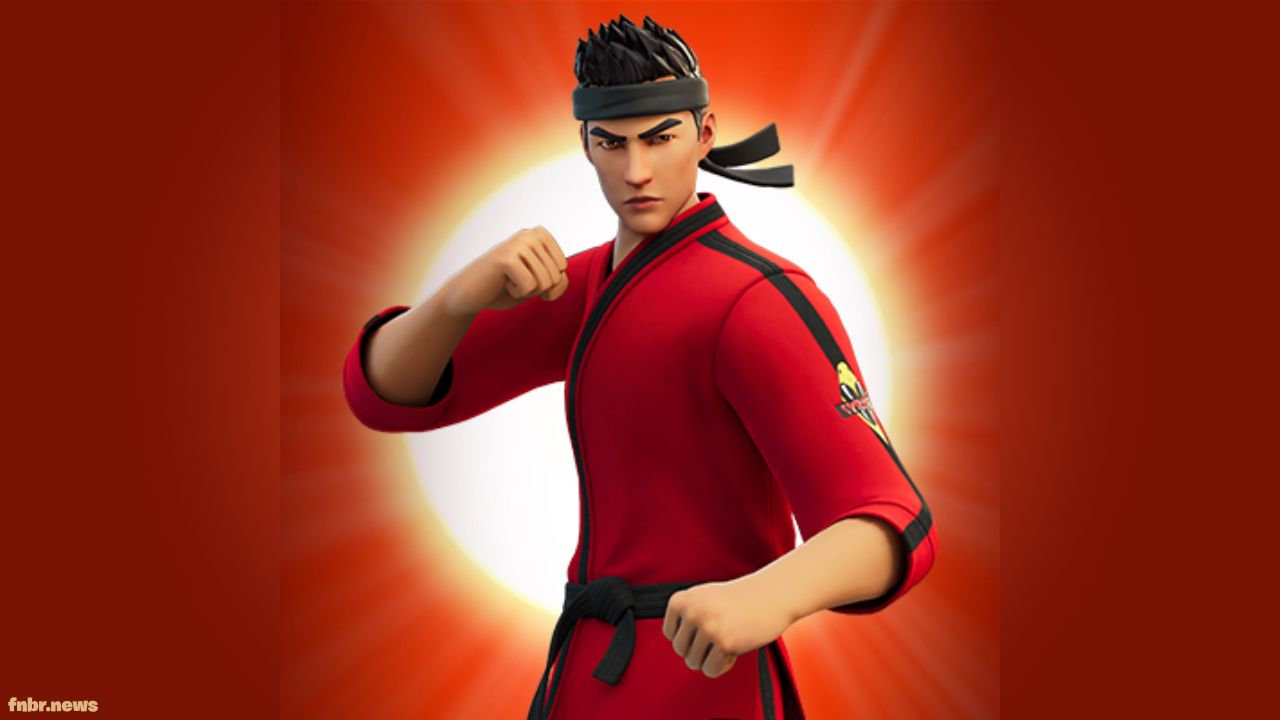 In preparation for the release of Cobra Kai cosmetics in Fortnite, Epic Games has uploaded a notification to the launcher's API, giving leakers access to the first image of a Cobra Kai Outfit.

The notification, which is set to go live tonight, reads: "Step up to the mat and show the world you’re a karate master with the Cobra Kai set - now in the Item Shop!"

Although the image is only 400 pixels in height and width, it does give us an early look at one of the Cobra Kai Outfits. It's currently unknown how many Cobra Kai cosmetics will be available as part of the collaboration, however, it has been confirmed that three sprays are encrypted in the files.

The full Set of cosmetics isn't expected to be decrypted from the files until they arrive in the Item Shop, however, we will keep you updated if anything is revealed early.