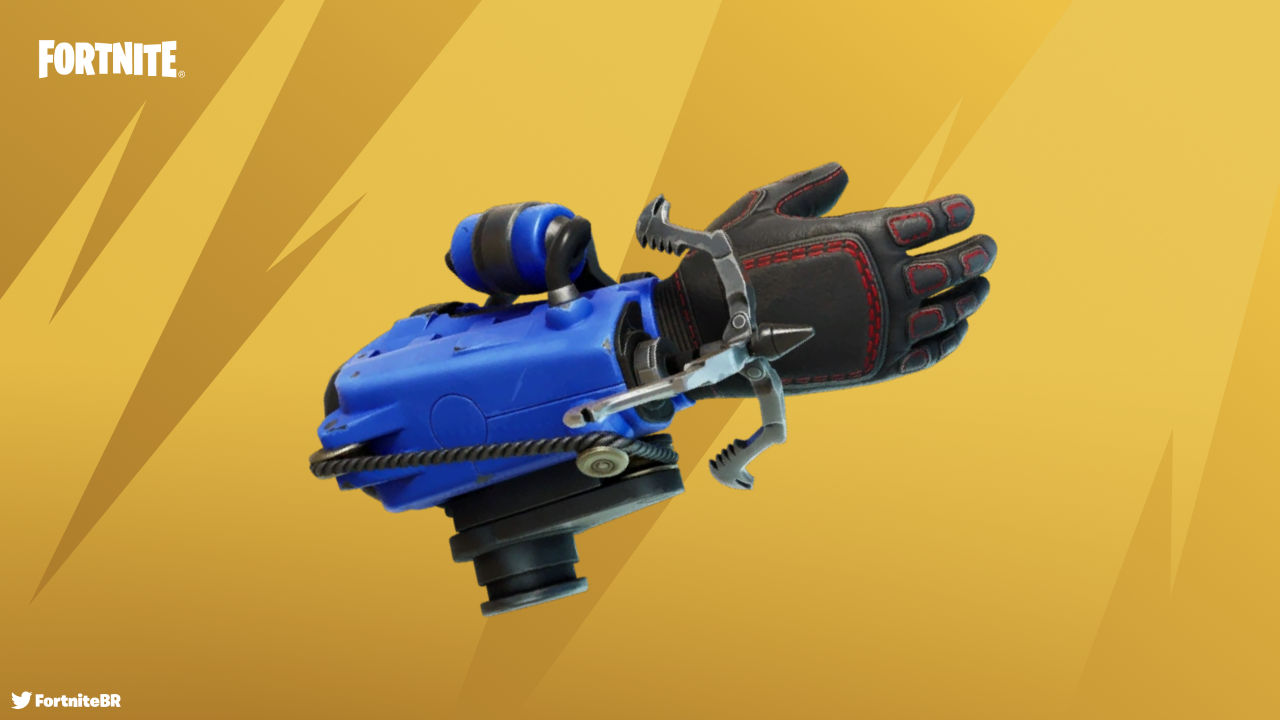 Following the popular Web-Shooters introduced in December last year, Epic is expected to release the new Grapple Glove in tomorrow's hotfix, as suggested by a string added to Fortnite's API.

The string "Web was Broken" was replaced with "Rope was broken", suggesting Epic is preparing the new item for tomorrow's release. From what we've seen in the Season 3 Gameplay Trailer, the Grapple Glove appears to be a close replacement for Spider-Man's Web-Shooters, which cannot return due to licensing issues with Marvel. Since the new item isn't part of a collaboration, it's also expected to be introduced to the Creative mode inventory as well as Battle Royale's loot pool.

Fellow Fortnite news page FBRFeed shared some leaked details on the Grapple Glove, which can be seen below:

Tomorrow's v21.00 hotfix is expected to bring a number of small changes to Fortnite in addition to the new Grapple Glove item. As always, we'll be sharing Patch Notes detailing everything new once it goes live.

In other news, the Dragon Rune Lance Pickaxe has been disabled in all modes, including Creative and Save the World. (click to read)