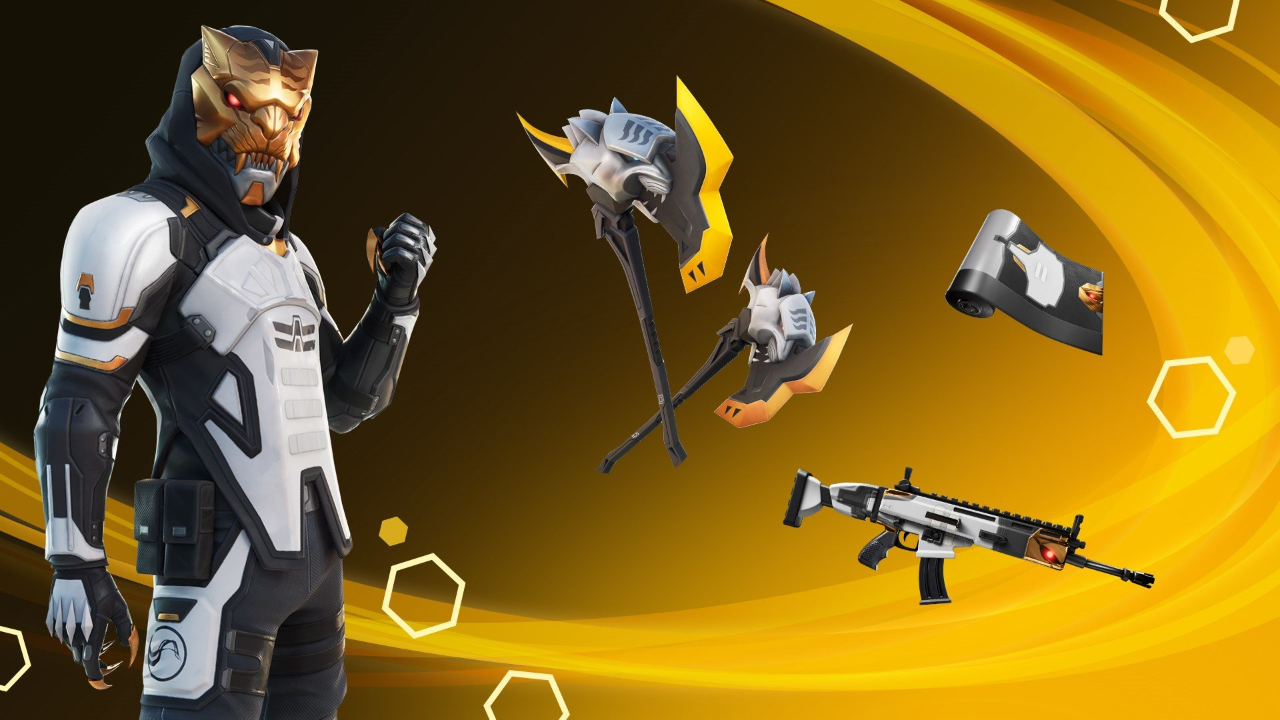 Leakers have shared details of an upcoming Fortnite cosmetic Pack, which is rumoured to be exclusive to players who purchase a brand new Xbox console.

The new 'Gilded Hunter' Pack has been added to the Xbox Store early, giving us a preview of what it will include. According to the Pack's official description, it contains the following:

The Pack's store page only has the option to redeem a code and no way for players to directly purchase the cosmetics, indicating that the set will be exclusive to Xbox in some way, most likely through an upcoming console bundle. This follows last year's Midnight Drive bundle, which provided players with a code for the Fortnite Dark Skully Set.

In other news, DC's Black Adam is coming to Fortnite next week. Click here to read more.