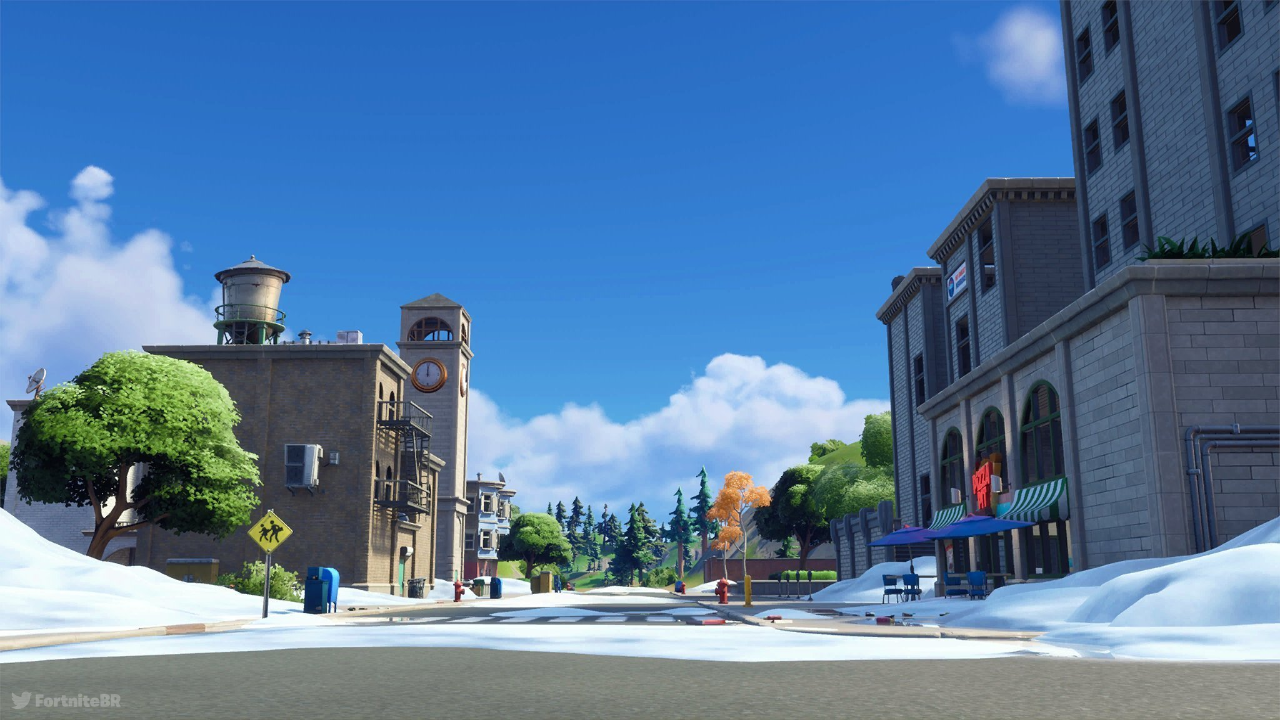 Fortnite's v20.30 update has arrived with a number of changes and additions to Creative mode. Here's everything introduced in the latest patch.

Have you ever looked at Tilted Towers and thought about the awesome things you could do if only you had the POI? Well, now is your chance as the v20.30 update introduces the Tilted Towers POI to Creative! Ironically, this has been introduced in the same patch that destroyed Tilted Towers in Battle Royale.

The Armored Battle Bus and the Cow Catcher devices will be available with 20.30 for ultimate ramming power.

In v20.20 Epic released the Video Player device (previously known as Llamatron) for you to use to broadcast a set of preloaded music videos. A template, “Music Experience Island” has now been introduced to help you build a great experience using the device.

The old Zone Wars Template Island has also been updated to align with the new standard and new devices that have been released since the template was originally created. The update also includes billboards describing the new devices and how the island was built!

Epic has updated the Player Reference Device with more customisable options and the ability to simplify mechanics without having to use several devices to achieve your desired results!

A new Hub layout more focused on providing you a place to showcase your artistic skills has also been introduced. To accomplish this, matchmaking portals and featured rifts have been removed. There will be four empty rifts so you can continue testing and playing in private parties, and one Creator Showcase map selected by the hub creator. Starting in July, hubs will be live for two weeks instead of one.

Please Note: Starting today, all hubs that are not submitted in the new layout will be rejected. If you’d still like to be featured, please update your Hubs to the new layout and resubmit to the creative content submission form.

In v20.30 all Shotguns have undergone a damage balance update across Fortnite.

These changes will increase the damage for most shots and headshots. All Shotguns have also been given a “max damage cap”, affecting the maximum damage a single shot can deal. Please note with this cap update, alongside other adjustments, all Shotguns except the Legendary Dragon’s Breath Shotgun will no longer deal over 200 damage in one shot.