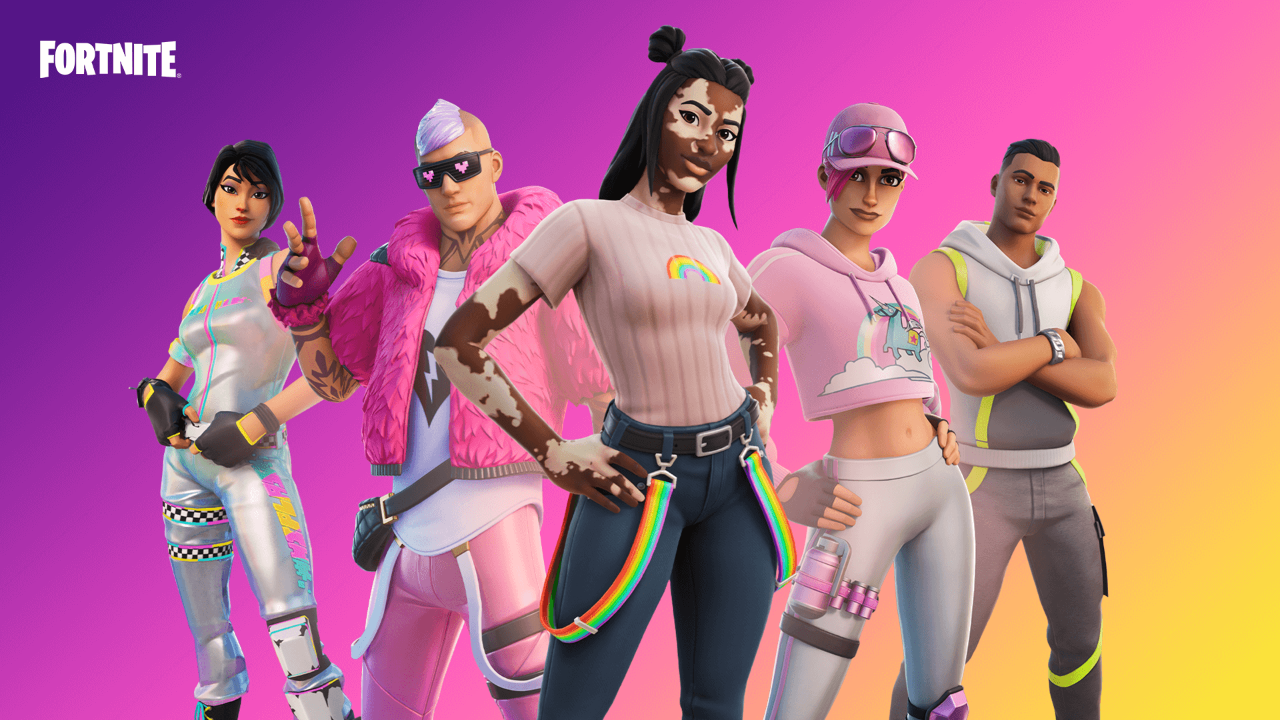 The v22.40 update brings the Class Selector UI and D-Launcher devices for creators, as well as the Dial-A-Drop and Grapple Glider items to include in your experiences. Additionally, this update contains the Big Battle mode to create in your own Battle Royale Island, plus other updates and bug fixes.

The Class Selector UI device can create both a popup dialog and a new tab on the game's Map screen, displaying a list of classes players can choose from. You can have players choose a class when they spawn at the beginning of the game, or you can allow players to change their class during the game. By customizing device options, you can allow players to change their class by opening the Map screen and selecting a new class, or you can set a channel option to open the popup dialog during the game.

Adjust the launch speed and angle of D-Launchers to customize a unique trajectory for each one!

Players can use this item to call in a Health Drop, Supply Drop, or Vehicle Drop at their location. There is a limit of five Vehicle Drops per island experience. This count is displayed in the UI and will display "Unavailable" when the limit is reached.

Place this item on your island and give players the ability to make a swift getaway! They can aim at a hard surface, pull themselves up, and then deploy their Glider to travel to safe territory.

Introducing a new mode: Big Battle! You can jump into the Epic-made version of this mode from the Discover screen. But you can also create a “Big Battle” yourself using the new Battle Royale Island tools available in Creative! In this mode, two teams of 40 players are provided with a standardized loadout and launched into action as soon as the match starts, with the first phase of the Storm already completed. The Storm moves quickly, and the rarity for loot in the item pool is set to Rare or higher. Try out this action-packed Zero Build, large team mode on your own Battle Royale Island.

In other news, a new Xbox-Exclusive Fortnite Bundle has been revealed. Click here to read more.