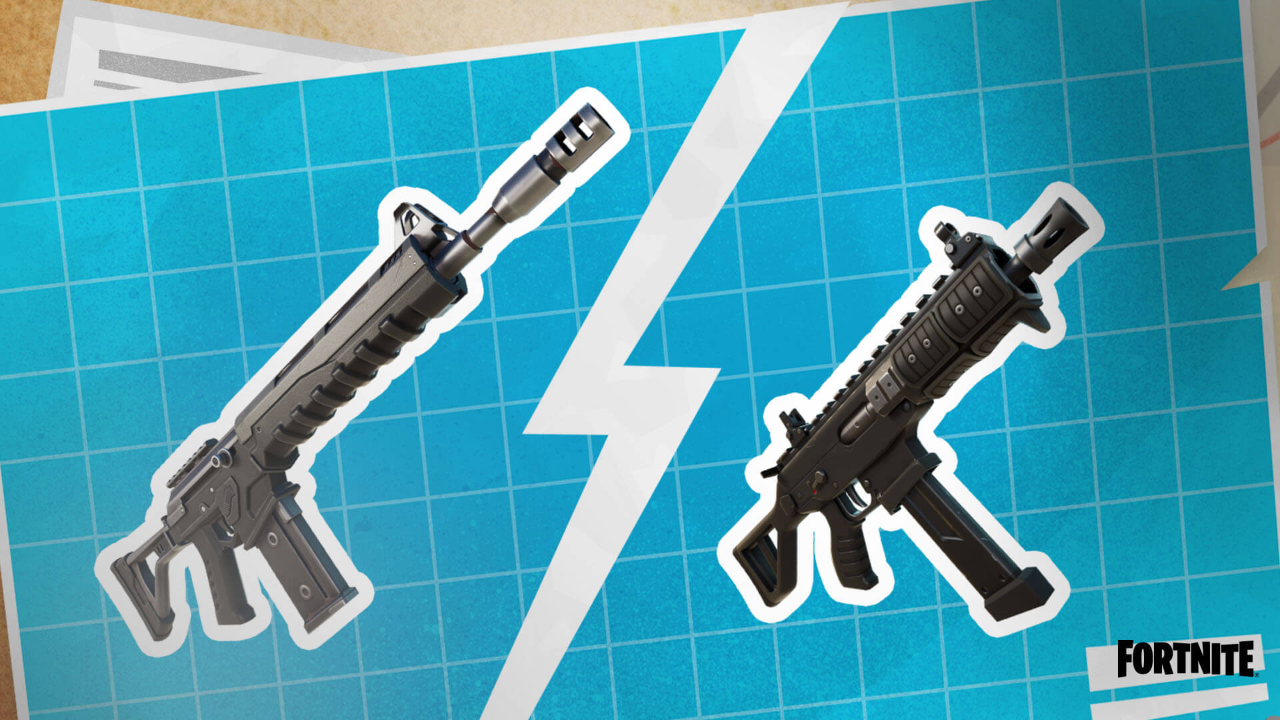 Fortnite's second major update of Chapter 2, Season 8 is here with some big changes and additions to the game.

The v18.20 update introduces two new weapons: The Combat Assault Rifle and Combat SMG. In a similar way to the previous War Effort round, where the Shockwave Launcher was unvaulted, players will be required to vote using their Gold Bars at voting stations in-game to decide which new weapon will be released. The first weapon to be 100% funded will win the vote and become available in the loot pool instantly.

Fortnite's description of the 'Combat' class of weapons:

"Sporting a tight bullet spread and exceptional power, the Combat variants of the Assault Rifle and SMG are quite a force in an expert's hands. Just watch out for the kickback! Both the Combat Assault Rifle and Combat SMG have a strong recoil that you must tame to get the most out of them."

Fortnite's popular Impostors gamemode also received some changes in the v18.20 update, with new features introduced to improve gameplay. The new Role Bias feature allows players to select which role they prefer to play as in the Impostors mode; Agent or Impostor. Based on the choice they make, they will be more likely to get that role when playing, however, the role is not guaranteed.

Voice Chat has also been added to the Impostors gamemode as a new playlist. Communication is split between players who have been eliminated ands those who are still alive, with the 'Quick Chat Wheel' feature remaining available too. Players who prefer to play without voice communication can still do so by selecting the Quick Chat version of Impostors from the Discovery screen.

The v18.20 update has also replaced the 'Lifetime Return Requests' with new requests that can be unlocked every 365 days. Once a Return Request has been used, a player must then wait 365 days for the ticket to be used once again.

The Return Requests menu can be accessed in the same place as the Lifetime Returns were previously; via the Account and Privacy menu.