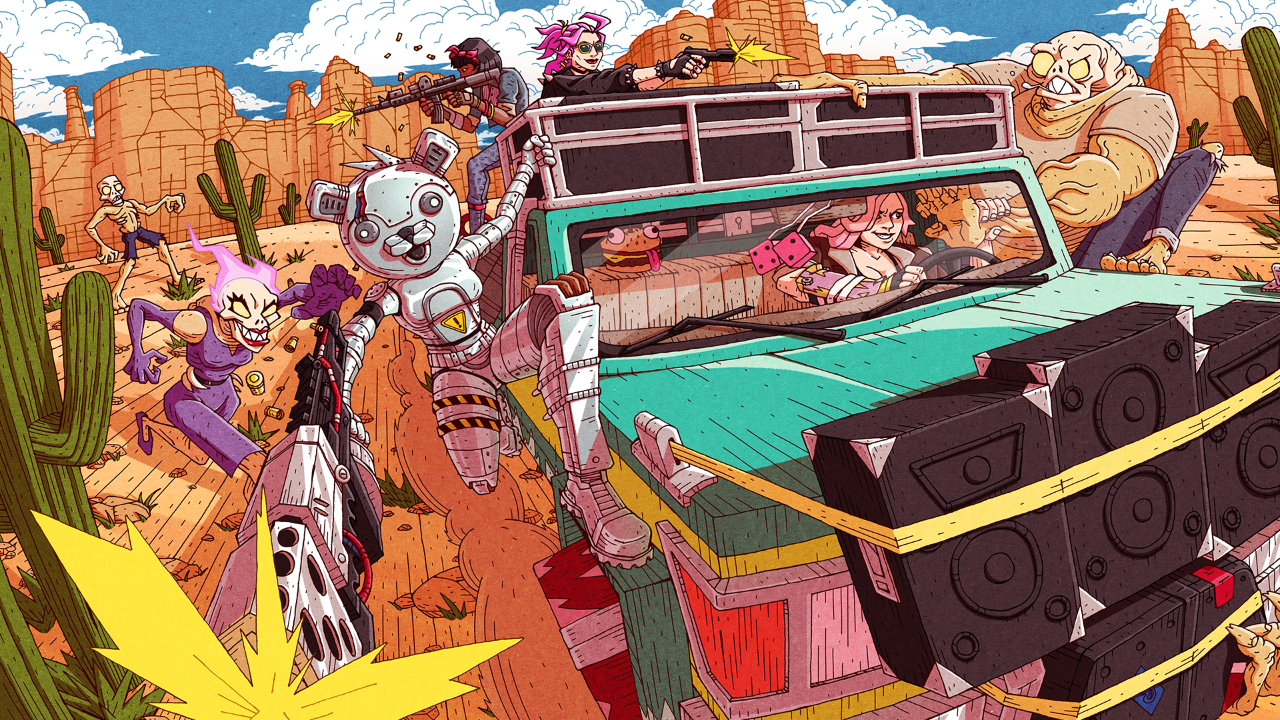 Summer temperatures are climbing, and Homebase is feelin’ the heat! Get the scoop on v21.10’s returning Venture season, Hero Quests, and new Starter Pack.

Kick up durst in The Blasted Badlands

The Blasted Badlands Venture season is back in v21.10, complete with the Rage Meter modifier, Venture Level rewards, and returning Venture Challenge Quests. The Rage Meter modifier prevents energy from regenerating on its own, while also dramatically reducing your ability cooldowns and increasing their damage. Low on juice? Eliminating Husks refills your energy bar. Energy management is the name of the game in the Blasted Badlands!

Time to hit the Road

Escort characters with unique modifiers in the Hit The Road Questline and keep the van vibes rollin’. First up is Quinn; her modifier boosts your shield’s regeneration with “Shields Up!” Next on deck, Crackshot’s “Concussive Shieldbreak'' knocks enemies back when your shield runs out. As their road trip continues, each character’s modifier will grow and evolve. Hitch a ride and help broadcast their Songs of the Summer!

Complete each stage of Hit The Road for awesome rewards. Help out Quinn and nab Rex Jonesy, a Soldier equipped with the “Saurian Might” perk that boosts ranged damage based on your current health, and the fast-firing boombox Staccato Shotto shotgun for assisting Crackshot! Also on board is the Rad Llama. Exchange 500 Hit The Road tickets and crack one open for an assorted bundle of four Rad Heroes and five Boombox Weapons.

The Skate Park Royalty Pack is now available! With chill confidence and effortless style, Toni rules the ramps. Drop in and carve your own way with the new Pack featuring:

And in Save The World specifically:

Challenges are unlocked after having completed the "Homebase Stormshield Defense 3" mission in the "Save the World" campaign.

Note: The cosmetic items of this Pack will be shared through Battle Royale, Save the World and Creative. This new Pack will have no impact on existing Founder daily login rewards or their V-Bucks earned, which is exclusive to early access Founders. These Outfits may appear in the Item Shop in the future.

In v21.00, Epic adjusted Rescue The Survivor missions. As soon as you rescue all Survivors the mission will end, cutting out your time waiting for the mission timer to finish counting down.

Improvements are still being made in this area, fixing some interactions where Survivors wouldn’t spawn and adding more camps so you can save ‘em all! this mission has also been modified to spawn more survivors than is needed to earn the Platinum badge, making them easier to find and giving you some flexibility when rescuing everyone.

In other news, the Darth Vader NPC can now be found in Battle Royale along with his Mythic Lightsaber. (click to read)