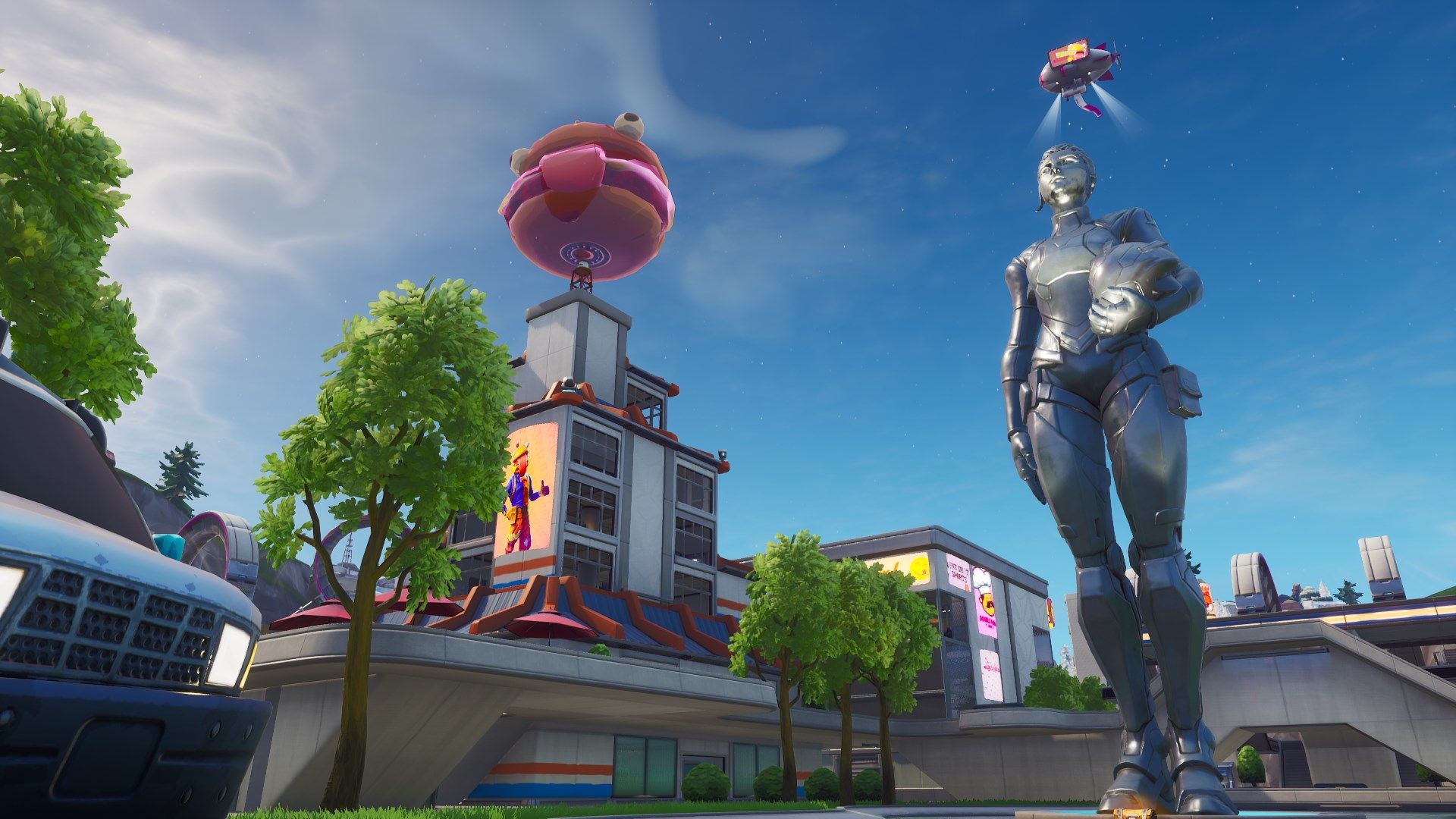 The most epic time for map changes is now upon us with Season 9 beginning today. Alike previous seasons, Season 9 introduces a wide variety of map changes including the futuristic settings of Neo Tilted & Mega Mall (previously Tilted Towers & Retail Row), the conversion of the now-destroyed volcano into Pressure Plant and more.

After being absolutely obliterated by the volcano at the end of Season 8, Tilted Towers has been revived into the future-themed Neo Tilted.

Alike Tilted Towers, Retail Row was also heavily impacted by the eruption of the volcano at the end of Season 8. It has now, however, been revived into Mega Mall. The houses that remained at Retail Row have also been renovated into houses that match the futuristic theme a bit better.

After its eruption in Season 8, the inactive volcano was turned into a new POI called Pressure Plant.

The vegetation around Loot Lake has begun to grow back yet again & there were a few renovations made to the industrial side of the POI.

A total of 7 Sky Platforms now hover around the map in a multitude of locations. If you're ever searching for one, they're pretty easy to spot.

A building in the shape of a fish can now be found in the hot spring near Lazy Lagoon.

Some trucks & vehicles in general that are found around the map now have a futuristic theme to them as well.

Windmills can be found around the northwest side of the map now, featuring their own ziplines.

One of the modern houses to the southwest of Mega Mall has been attacked by a fish.

The once-broken shack on the hill to the south of Mega Mall has been renovated into an actual cabin.

The rundown house to the east of Paradise Palms has been renovated & turned into a more luxurious living space.

The excavation site at Loot Lake now has a tower attached to it, housing a singular chest spawn.

The shack to the north of Fatal Fields is finally receiving the attention it deserves after being brutally assaulted by an aggressive rolling cube in Season 5.

If you happen to find any map changes that weren't included, let us know! With such an overwhelming amount in v9.00, it's possible that some things were overlooked.