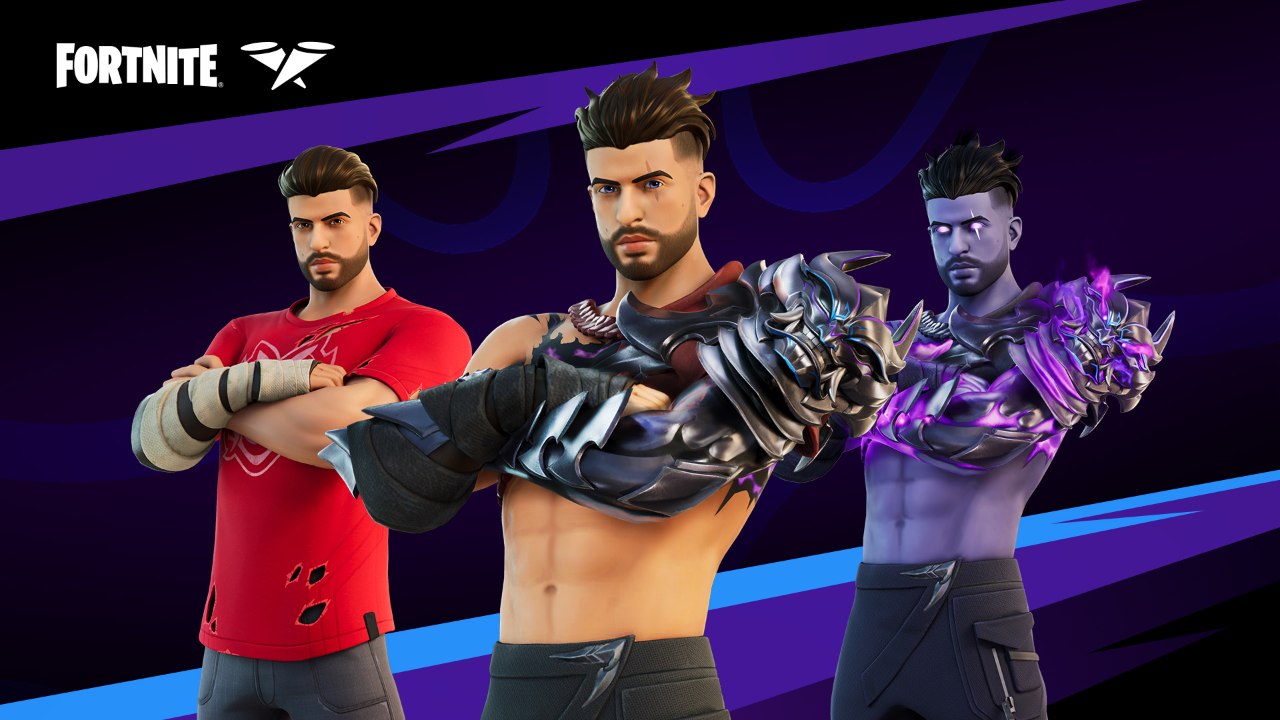 Fortnite content creator SypherPK has revealed his Icon Series Set during a live Twitch broadcast to over 100,000 viewers.

Sypher's very own Icon Series Set will be available to purchase through the in-game Item Shop starting Thursday, September 22nd, 2022 at 8PM ET. Players will also be able to compete in the SypherPK Cup for the chance to earn the new cosmetics for free.

“It’s no secret the Icon Series is an honour reserved for true Fortnite legends.” said Ali 'SypherPK' Hassan. “Seems unreal that I’ll be joining this exclusive crew, but it’s a dream come true and a reminder to keep on going. I owe this all to my community who’s stuck with me for years.”

The SypherPK Outfit includes three different styles: Empowered Style, Possessed Style and the default Style. Included with the Outfit is the Oni's Curse Back Bling, which is reactive to eliminations in-game.

Accessible starting with the release of Chapter 3 Season 4, SypherPK's PIT Island features a desert oasis hangout hub plus a free-for-all PvP zone. From September 18, players will be able to unlock the SYPHER IS HERE Spray for free by completing special Quests in the map.

Chapter 3 Season 4 is set to be released today! Follow us on Twitter (@FortniteBR) to keep up with the latest Fortnite news, leaks and more.

In other news, Western Digital has teamed up with Epic Games to release two new Fortnite-themed microSD cards for Nintendo Switch. Click here to read more.