Uncharted has arrived in Fortnite 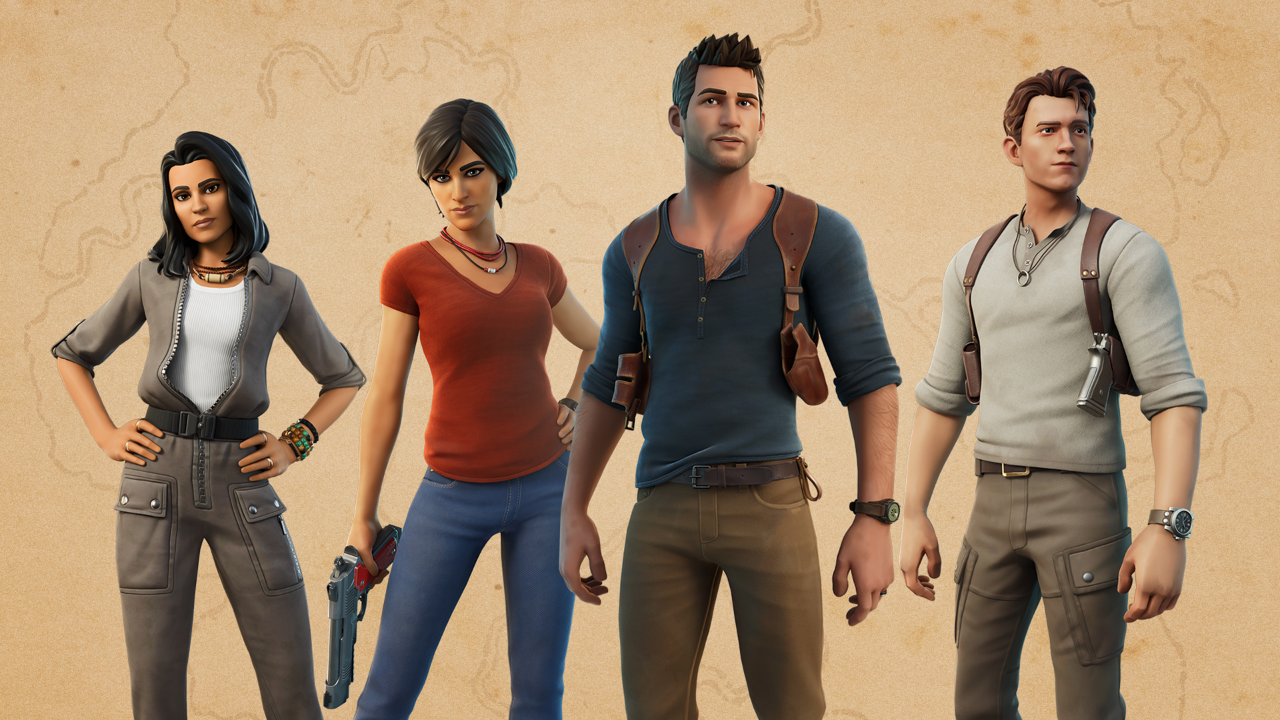 Uncharted's Nathan Drake and Chloe Frazer have arrived in Fortnite along with a new set of cosmetics and Treasure Map item.

The Glider, which was originally named in the trailer's description, has seemingly been scrapped; with no mention of it from Epic in their blog or through social channels.

The Nathan Drake and Chloe Frazer Outfits include styles for both the Uncharted film by Sony Pictures and video game franchise by PlayStation's Naughty Dog studio.

For 2,300 V-Bucks, players can purchase the entire Uncharted Set through a Bundle available in the Item Shop. Each cosmetic can also be purchased individually; with the Outfits costing 1,500, Pickaxes 500 and Emote 200 V-Bucks.

The new Drake's Map item can also now be found in-game, leading players to treasure chests that contain valuable loot buried around the Island. The maps will remain in-game until the end of Chapter 3 Season 1.

In other news, Epic has revealed there are now over 500 million Epic Games accounts. Click here to read more.