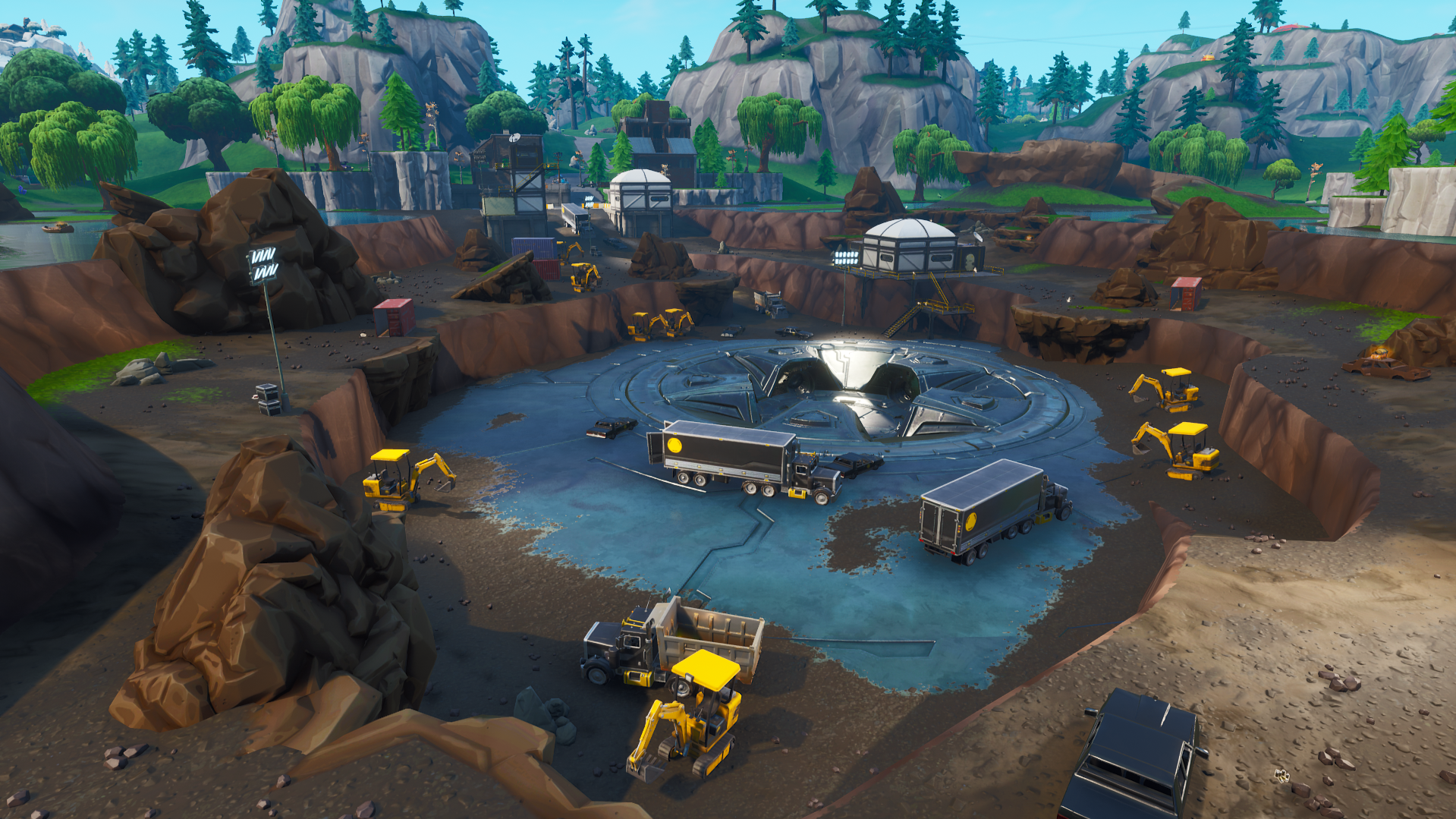 With v8.40 dropping this week, we anticipated some minor map changes. Well, v8.40 fooled us and brought us a pretty hefty one, as well. Keep in mind that this article was made as soon as downtime was finished, so some map changes might not have been included - if you find something we don't list, feel free to let us know!

The government has been digging away, as we can tell by the excavation sites that scatter the map. This time, they've taken it a step further and have excavated the center of Loot Lake to reveal... something that we don't know, quite yet.

The endgame of fast food has begun - the new battle between Durrr-Burger & Uncle Pete's Pizza Pit. Both restaurants now house their respective mascot-head. The "doghouse" in Retail Row also now features a hidden underground level, like the houses in Pleasant Park.

The invasion has continued, and the Vikings have taken over yet another house. It seems like the final house remaining has a resident that doesn't intend to lose his home to the Vikings, and has gone ahead and installed defenses to fight the Vikings off.

Mr. Stone is now climbing down the volcano to reach his beloved.

Two houses in Pleasant Park have been updated to feature a hidden underground level.