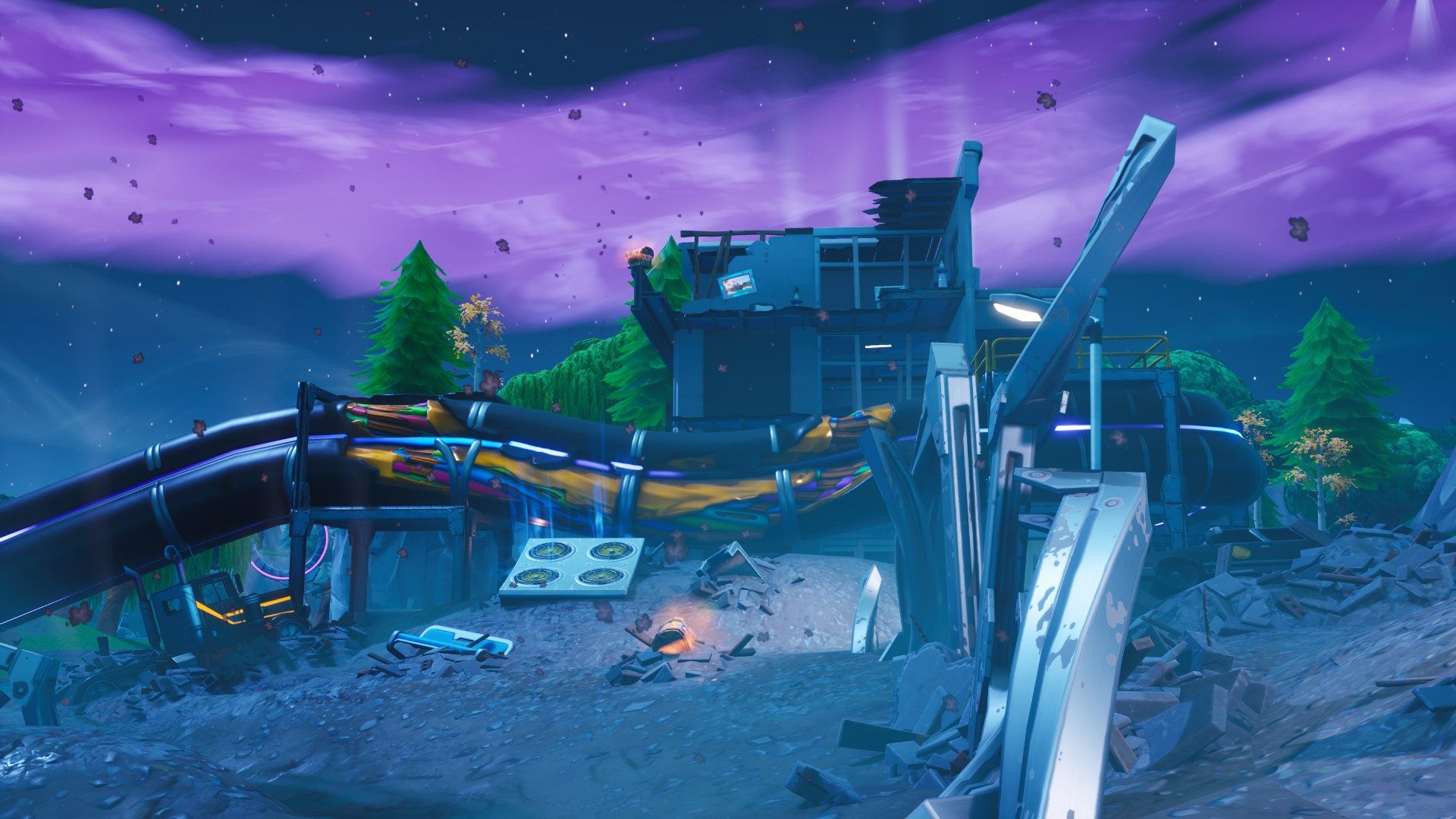 Although v9.30 didn't introduce a large variety of map changes, it did introduce a very large one that does relate to the storyline of Season 9, being the destruction of the factories on the west side of Loot Lake by the creature that escaped Polar Peaks. A couple of other minor map changes were also made in the update. If there's anything we happened to miss in this post, feel free to let us know!

The creature that escaped Polar Peaks has made its way to Loot Lake & destroyed the factories on the west side of the POI, as well as damaged the cable that connects Loot Lake to Neo Tilted.

v9.30 introduced a new set of challenges that we should see shortly called the "14 Days of Summer". Certain locations around the map can now be seen representing a summer/beach party theme for these challenges, such as large umbrellas & beach balls that you can hit around the Battle Royale map.

The modern house in Pleasant Park was destroyed in the recent days... what destroyed it, however, is still a mystery.

Mr. & Mrs. Stone have continued their work on the garden while Stone Child can be found doing cartwheels along a path. The Stone Dog can be found at the base of a tree, further into the jungle.

The shed located north of Fatal Fields is now having a 3rd story added onto it. This shed houses a singular chest spawn, as well as a fair share of wooden pallets.