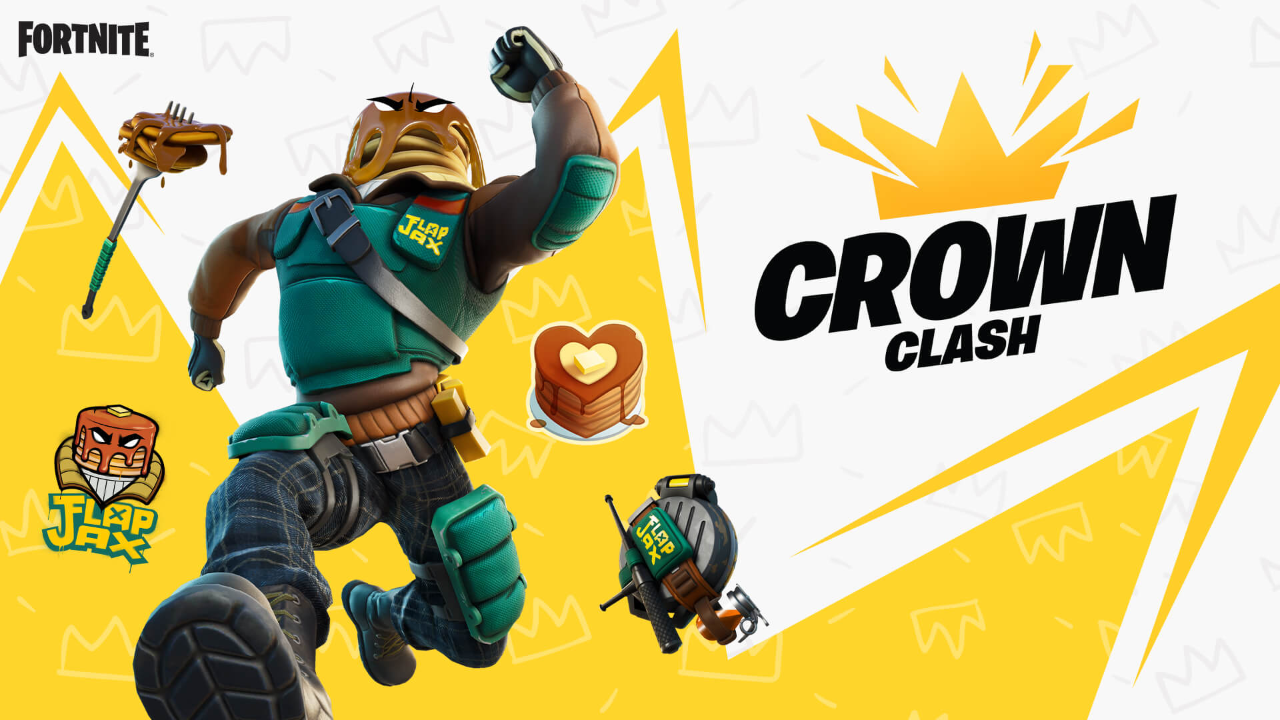 In celebration of Fall Guys Season 1: Free for All, players can now unlock the new Flap Jax Set in Fortnite.

To get the Flap Jax Fortnite Set, players are simply required to play 100 rounds of shows in Fall Guys. Each Fortnite cosmetic item will be rewarded to anyone who plays Fall Guys shows in the following format:

As well as the Fortnite Set, Fall Guys Kudos and Rocket League items can also be earned by completing the challenges:

The Crown Clash challenges will remain available for players to complete until July 11th, 2022. It's currently unknown if any Fall Guys-themed Fortnite cosmetics will be available in the Item Shop at a later date, but we'll keep you updated.

In other news, Epic has teased a new major map change coming in next week's v21.20 update. Click here to read more.

Week 10 of Chapter 4 Season 1 has officially begun and a new set of Quests are now available to complete. Unlike Weeks 1-8, Week 10's…

Following the v23.30 hotfix earlier today, Fortnite has released the new Geralt of Rivia Quests, which will reward players with the character and matching set…