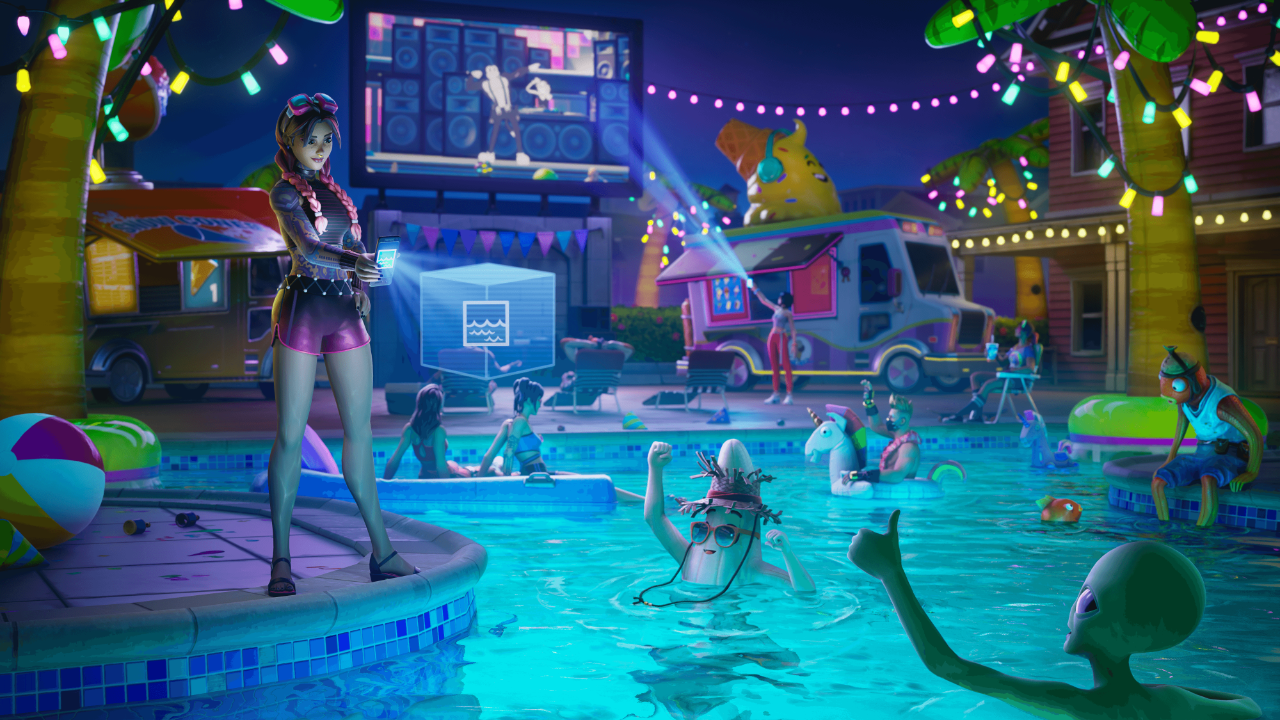 The Fortnite Team have announced some early details on this year's upcoming 'No Sweat Summer' event. Both the title and art for No Sweat Summer were revealed in Epic's latest blog, which called for Creative builders to submit summer-themed maps before July 12th.

The new event will follow last year's 'Cosmic Summer' and is expected to use a similar format in terms of Quests, cosmetics and rewards. For 2021, Epic created a set of Quests using unique Creative LTMs submitted by players, which would reward anyone who completed them with a Pickaxe, Back Bling, Contrail, Glider and Banner.

Although an official date for the No Sweat Summer event has not been announced, we can expected it to begin within the next two weeks.

As always, we'll keep you updated as soon as Epic makes an announcement.

In other news, Fortnite has released a new version of Spider-Man's Web-Shooters: the Grapple Glove. (click to read)