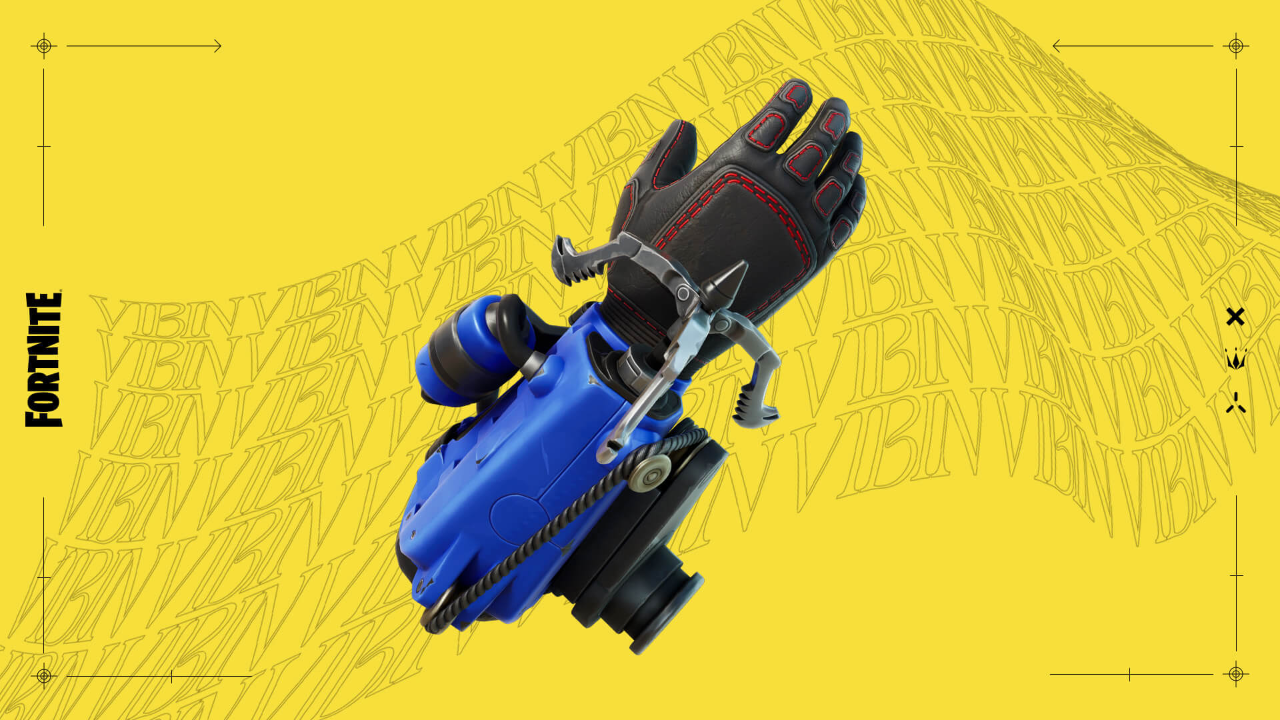 Pick up a Grapple Glove and use it to swing through the air! To begin swinging, shoot its grappling hook at a hard surface like a cliff, prop, or building. Each successive swing gets faster until the third swing and beyond, when you’ll be at max speed.

If you miss a shot and land on the ground, you’ll have a brief window of time to shoot the grappling hook and come back swinging. You'll have an even longer window if you slide out of a swing, so don't be afraid to combo some slides into your swinging action! But don’t worry if the window of time runs out: after a brief cooldown, the Grapple Glove will ready itself back up.

In case you missed it, Epic also deployed a small hotfix last week to adjust a number of weapons:

Stay tuned for major changes coming in the v21.10 update, which is expected to be released on June 21st, 2022.

In other news, the Rogue Alias Starter Pack is available now. (click to read)