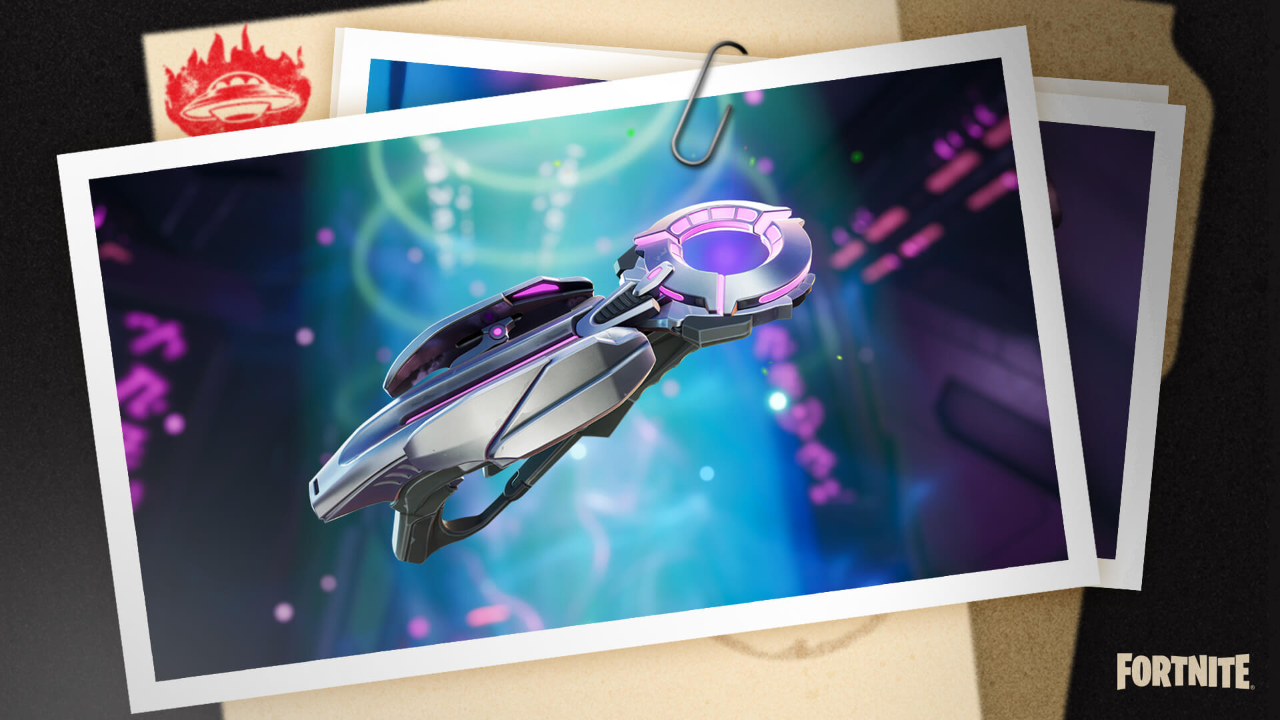 Fortnite's fourth update for Chapter 2, Season 7 has arrived. Check out everything new and see what's changed.

The latest high-tech item to arrive on the Fortnite Island is the 'Grab-itron'. This new alien tool allows players to pick up almost anything and throw it towards the enemy, this includes rockets too.

"They say even ordinary things can be a hazard... and the Aliens have taken that to heart. So much has been tossed around with the Saucers’ tractor beams, and now there’s this new “Grab-itron” thing. Here’s everything we know about this resourceful Alien weapon (file attached)." -Mari

The Grab-itron is not the only change to come in v17.30. The Slurpy Swamp POI, which has been in the game since Season 1 of Chapter 2, is now being "abducted" by the alien mothership which has caused specific buildings to float above the ground. The alien abductions, which create "islands" much like the original cube at Loot Lake, will also be targeting the Coral Castle and Corny Complex POIs over the new few weeks.

"A POI being abducted may be a cause for concern, but you could also look at it as a new battle strategy. An entire district like Slurpy Swamp is quite heavy, so the tractor beam has no choice but to break it up into chunks as it lifts it. While you’re in the low-gravity tractor beam, jump from platform to platform, maneuvering around your opponents with nimbleness. Abducting a whole POI isn’t something that happens overnight, so keep checking back throughout the week to see how the abduction has progressed." - Fortnite's blog

17.30 also brings a brand new LTM for players to try: Team Brawl! In this new limited-time mode, teams will compete to be the ones to reach 60 eliminations first. Every time someone respawns, they will be given a new loadout of weapons & items to keep the brawl fresh.

The Team Brawl LTM isn't available to play in-game just yet, it will go live on August 5th at 9AM ET.

Fortnite's first Hotfix of Chapter 2, Season 8 is here with some major changes and new additions to the game. Unvaulted Item VotingImage via Epic GamesFortnite…

Fortnite's 18th Season of Battle Royale has now arrived: Cubed. "The Alien and IO war is over, but a new war has taken shape, one where…

Fortnite's latest update for Chapter 2, Season 7 is here with some major changes and additions to the game. Wild Week 3Following last week's theme of…