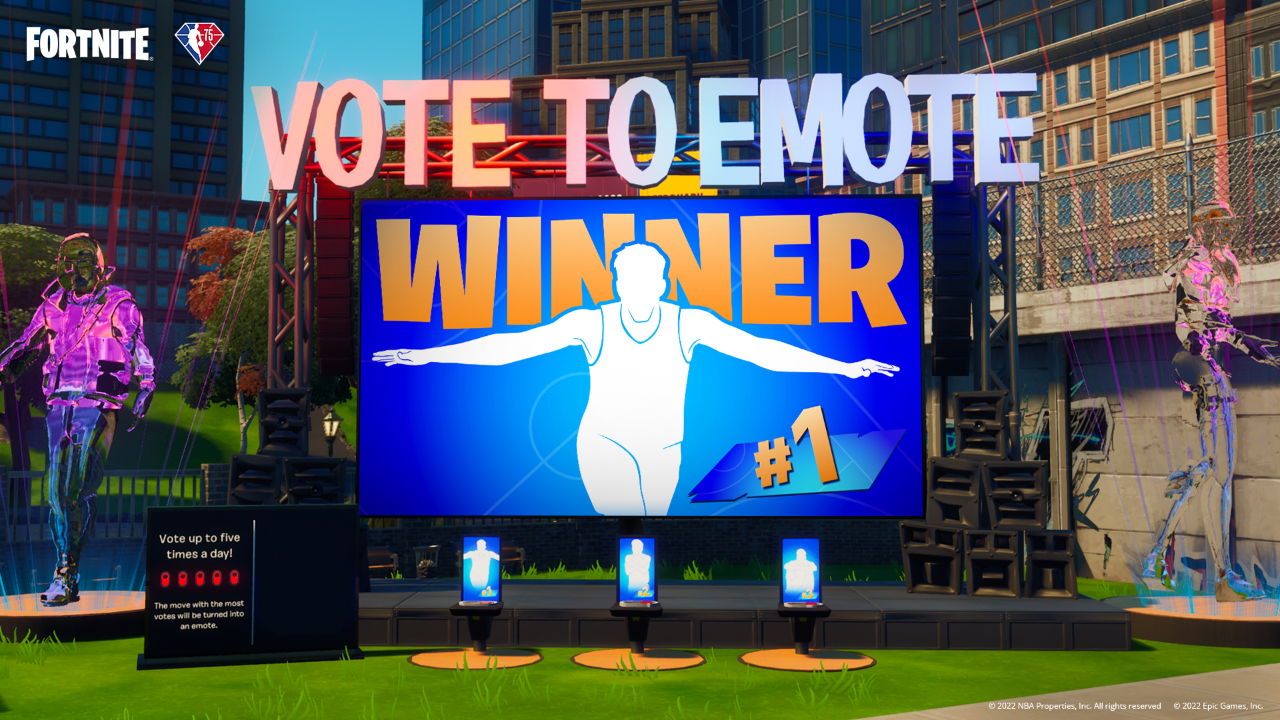 Following the recent collaboration with the NBA for its 75th anniversary, Fortnite has revealed which player's celebration won the vote and will be added to the game as an Emote in the future.

The winning NBA celebration was decided by players, who have been able to vote for their favourite up to five times daily for this past week.
Everyone had three NBA celebrations that could be voted for:

Joel Embiid’s running airplane celebration won the vote, with Fortnite telling players to "be on the lookout for it in the future". It's currently unknown when Epic plans to introduce the celebration as an Emote in-game, but from looking at similar previous events, we can expect it to arrive by August 2022.

In other news, a Mythic Blades weapon is coming to Fortnite. Click here to read more.