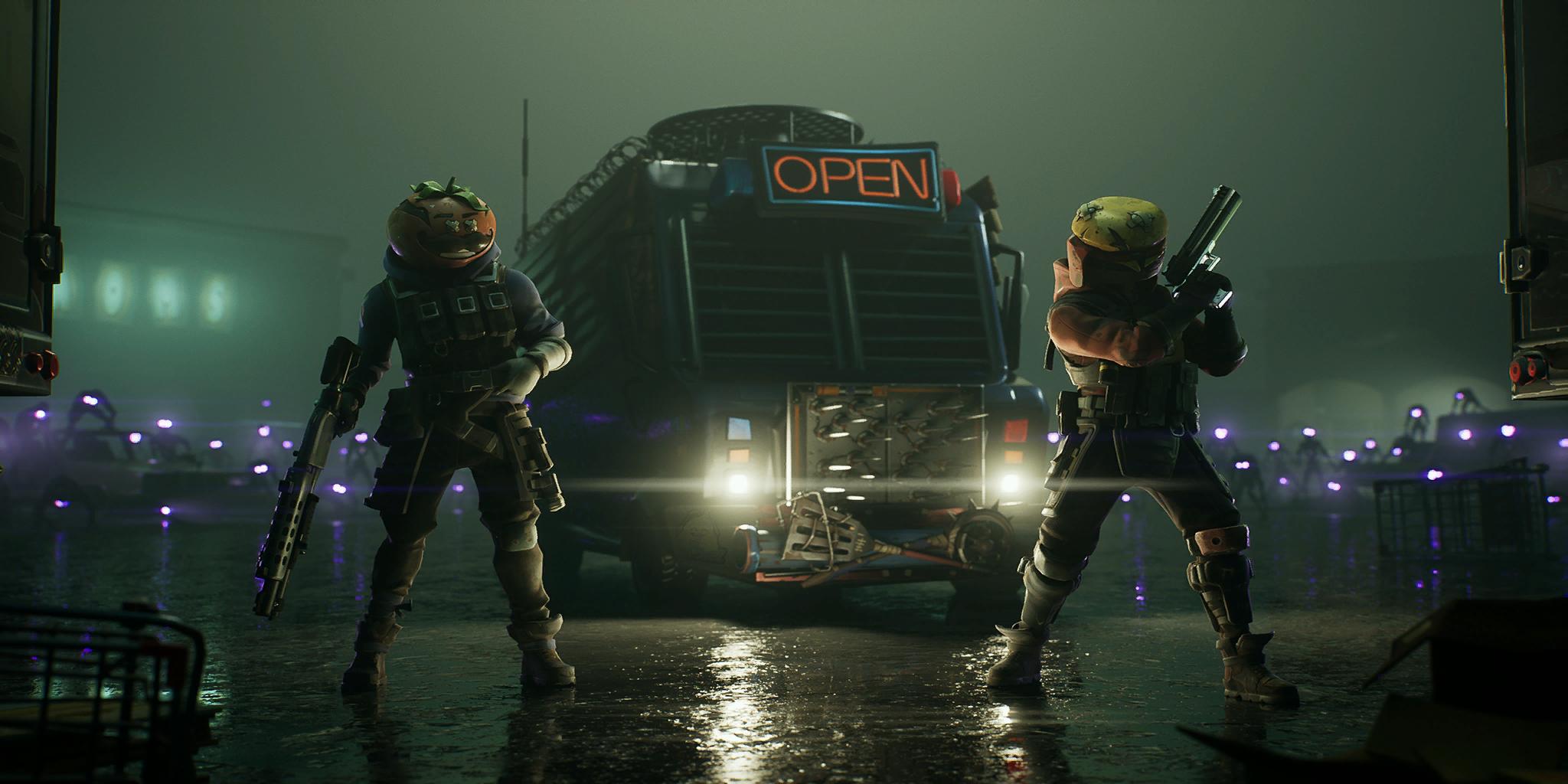 Loading screens for the missions for Fortnite's Season 10 Week 3 and 4 have been leaked by data-miners. As Season 10 does not have "weekly challenges" but instead weekly missions, it's likely that these loading screens will be attributed to those. It can also give us a good insight into what locations may be returning in Rift Zones in the future.

One loading screen shows an armoured battle bus surrounded in fiends, which is almost definitely a loading screen set in the brand new Retail Row rift zone location that was added in v10.10

The other loading screen shows a skin bringing a dinosaur down from a rift in the sky, however it's hard to pinpoint where exactly this location is. The dinosaur is from Paradise Palms, so it could be a hint that Moisty Mire is returning.