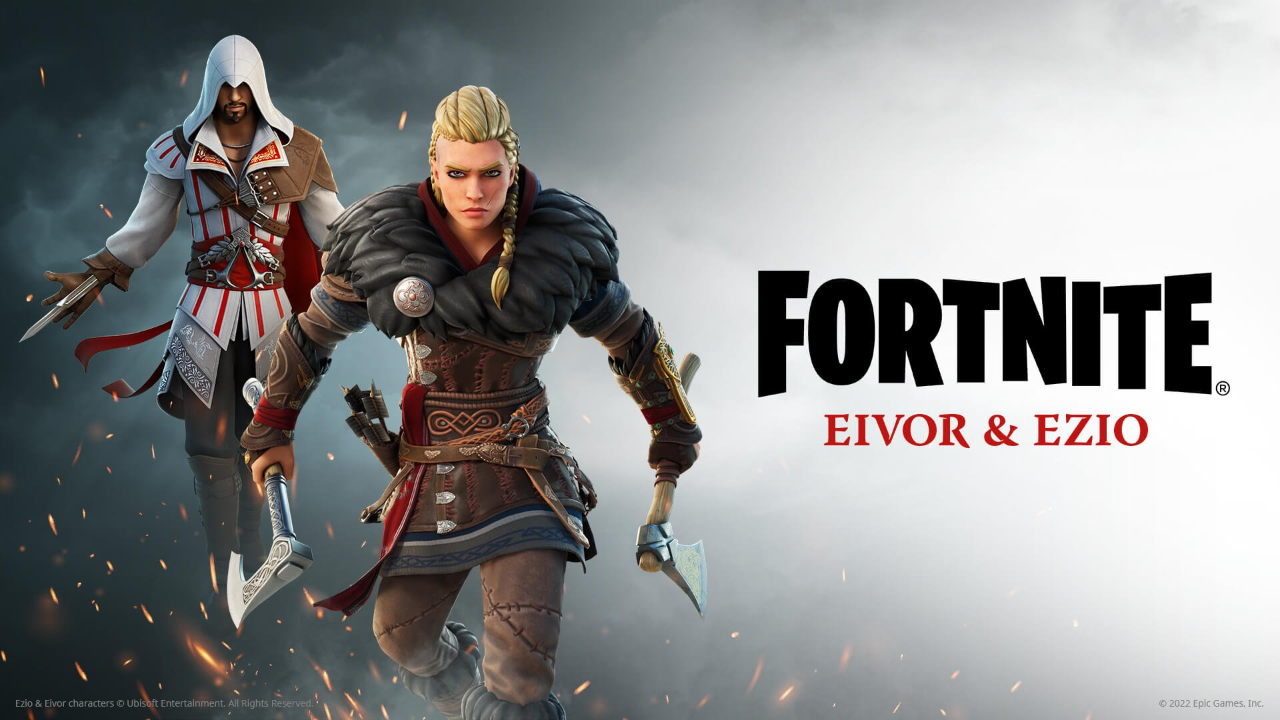 In an unexpected blog post following today's v20.10 update, Fortnite has revealed that Ezio Auditore from Assasin's Creed will be joined by Eivor Varinsdottir in the Item Shop on April 7th.

The Ezio Auditore cosmetics were previously available to players who purchased Assassin's Creed Valhalla: Dawn of Ragnarök on the Epic Games Store. Both characters will make their Fortnite debut at the same time, on April 7th, in a special Assassin's Creed-themed Item Shop.

The Ezio Auditore Outfit, which includes two edit styles, will be available alongside the Assassin's Strike Built-in Emote and Ezio's Hidden Blade Pickaxe. The price is currently unknown.

A 'Tales from the Animus' Bundle will also be sold with the new cosmetics, it contains: