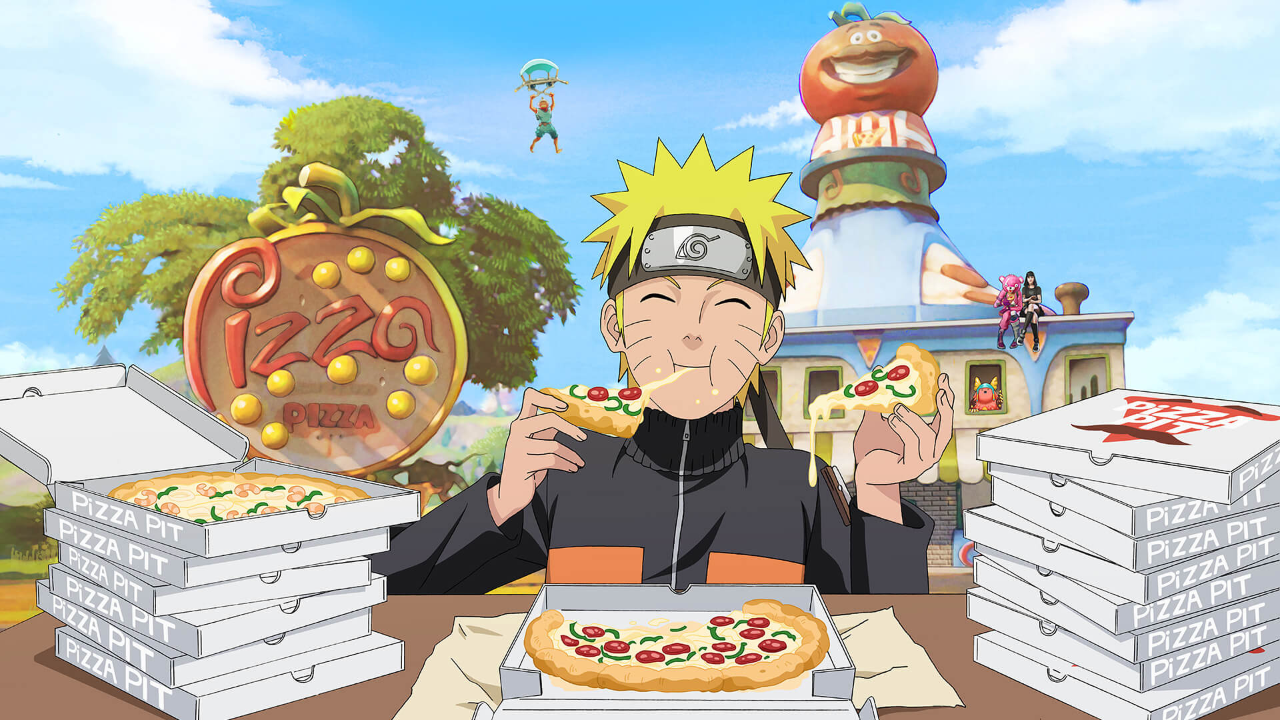 Fortnite has added a new teaser image to the game's API codenamed "headband-creativeleafhub", suggesting that it will be used for the upcoming 'Hidden Leaf Village' Creative Hub.

The new image also gives us our first look at Naruto inside Fortnite Battle Royale, with popular characters Fishstick, Cuddle Team Leader, Guff and Charlotte spotted in the background at the iconic Pizza Pit Landmark. The codename "headband", which is used in the image's URL, was also linked to a number of upcoming NPCs found in the files earlier this season, confirming that Naruto NPC characters will be coming to the Island as part of the crossover. You can view the teaser image in full quality by clicking here.

More teaser images are expected to be shared on Fortnite's social media in the days leading up to November 16, the day of the Naruto collaboration. We will keep you updated.

In other news, Fortnite have officially announced that Star Wars' Boba Fett will be coming to the game in December. Click here to read.