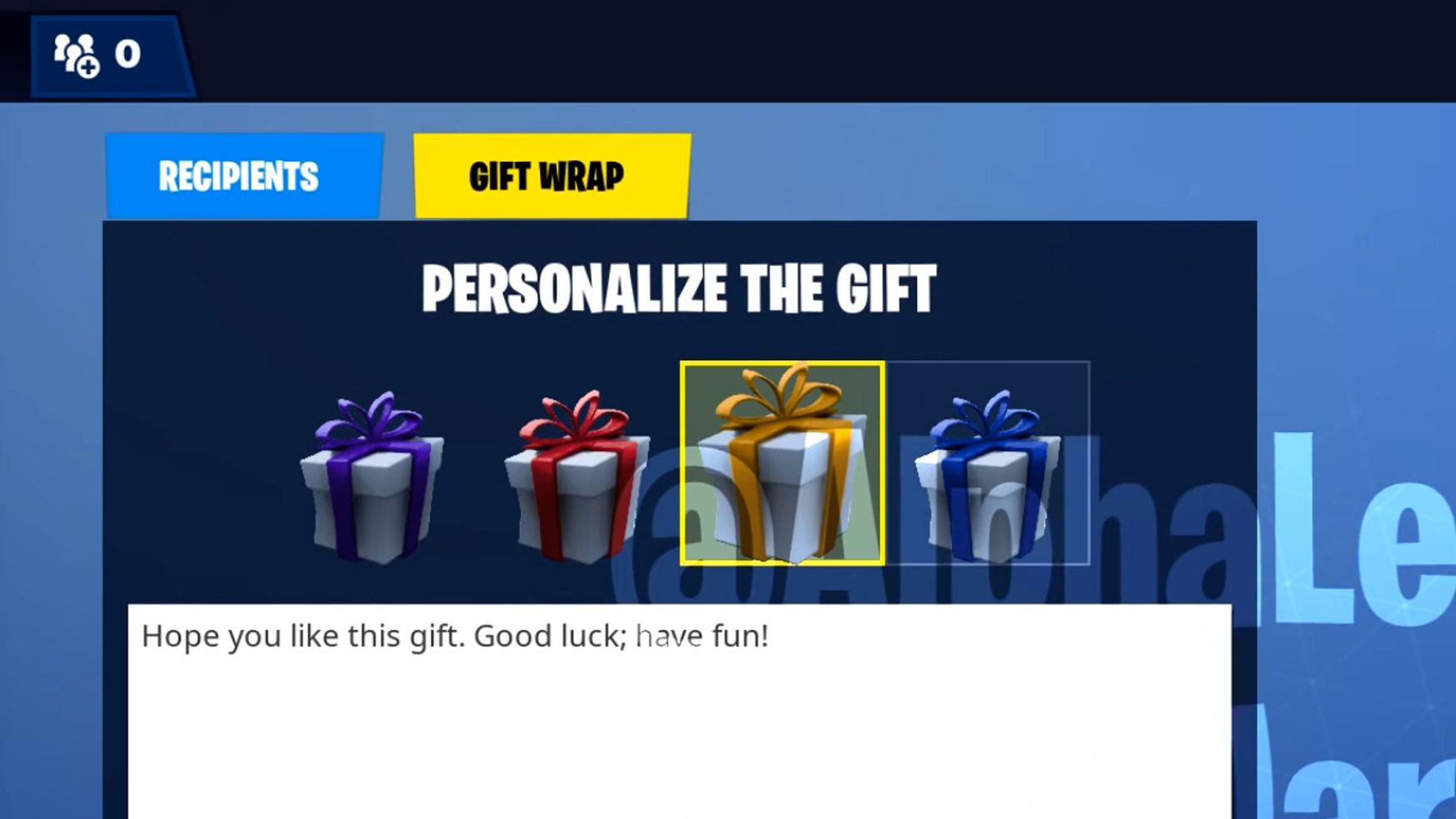 Fortnite's gifting system has been expected to release for most of this year, but it still hasn't, leaving many players to suspect that it isn't coming at all. This doesn't appear to be the case, however, as the unreleased system seems to have been updated again recently.

According to a video released by Alpha, the in-game gifting system has changed slightly and now allows you to choose a colour for your gift wrap which wasn't previously possible:

Other than this, things seem to be largely the same as they were a couple of weeks ago when it was first leaked. Here's how the same screen looked before:

It might be worth mentioning that this could simply have been due to a display error in the initial leak and the gift wrap option was already available. Regardless, its an interesting change and hopefully indicates an upcoming release.

Here's the full video from Alpha which shows off gifting: