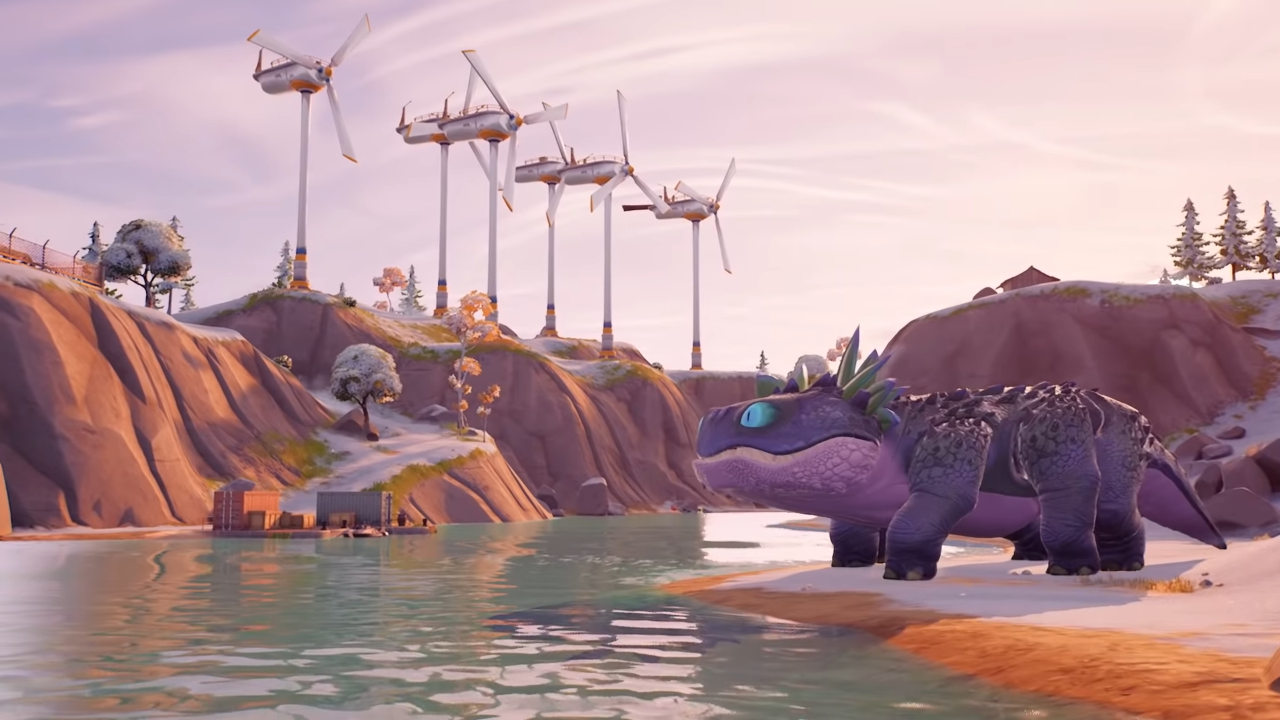 Following the release of Chapter 3, Fortnite has teased the arrival of new dinosaurs on the Island, including some that could be rideable.

Breathing effects can be seen coming from a large mound of snow near Frozen Tilted Towers, which is expected to be revealed as the snow melts. This is currently set to happen in Week 8 of the Season, which could be when the dinosaurs are introduced.

We'll keep you updated if the dinosaurs are introduced any earlier than Week 8.

In other news, a collaboration between Fortnite and Gears of War has been leaked. Click here to read.