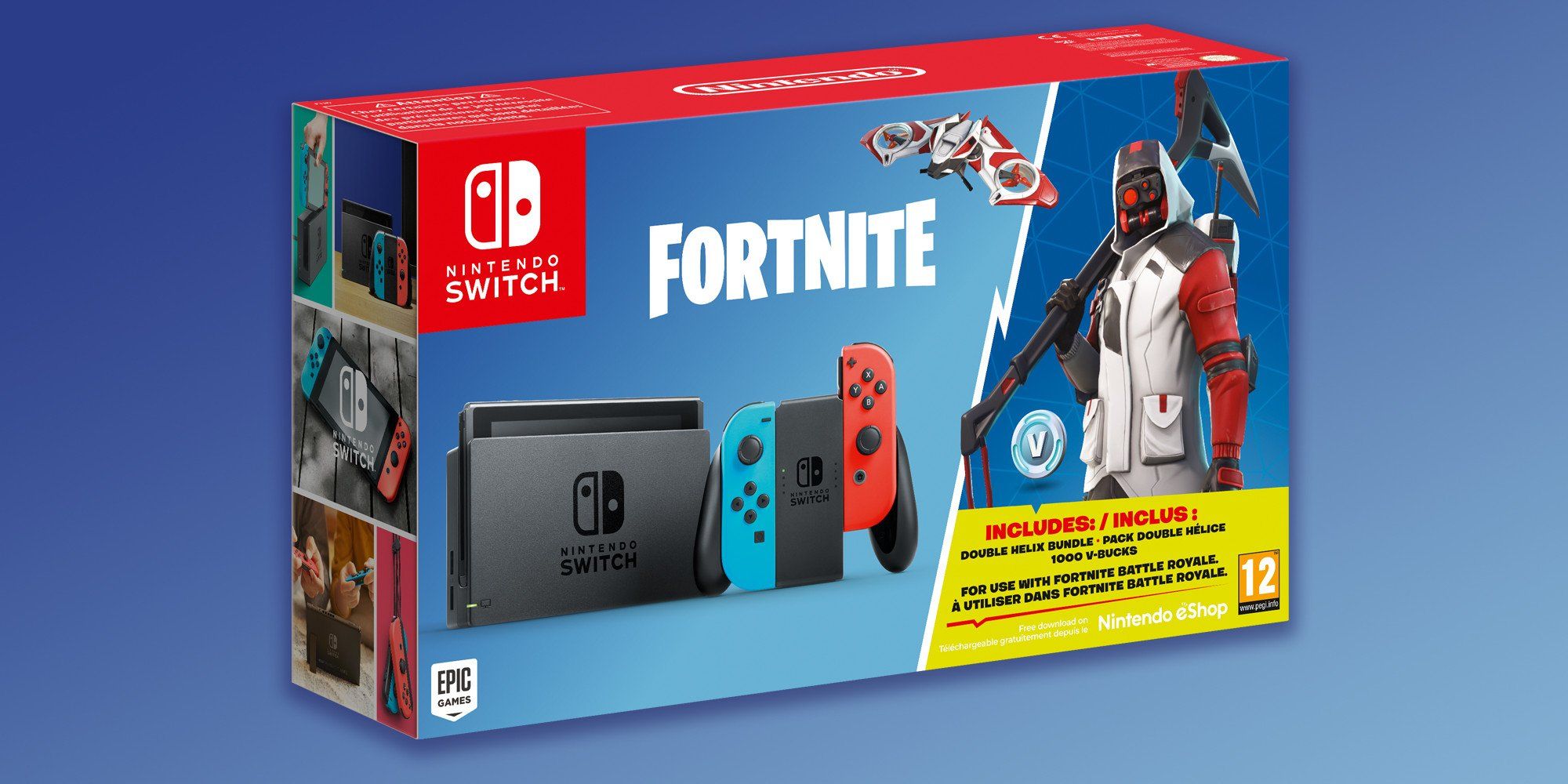 Nintendo have announced a Fortnite 'Double Helix' Switch bundle coming to stores on October 5th. Purchasing the console will grant you access to a number of exclusive cosmetics in Fortnite: Battle Royale as well as 1,000 V-Bucks.

The Double Helix set appears to be a recoloured version of the Archetype set which is already present in the game so may be a disappointment to some. However, if you were looking to pick up a Switch anyway, why not get some skins too?