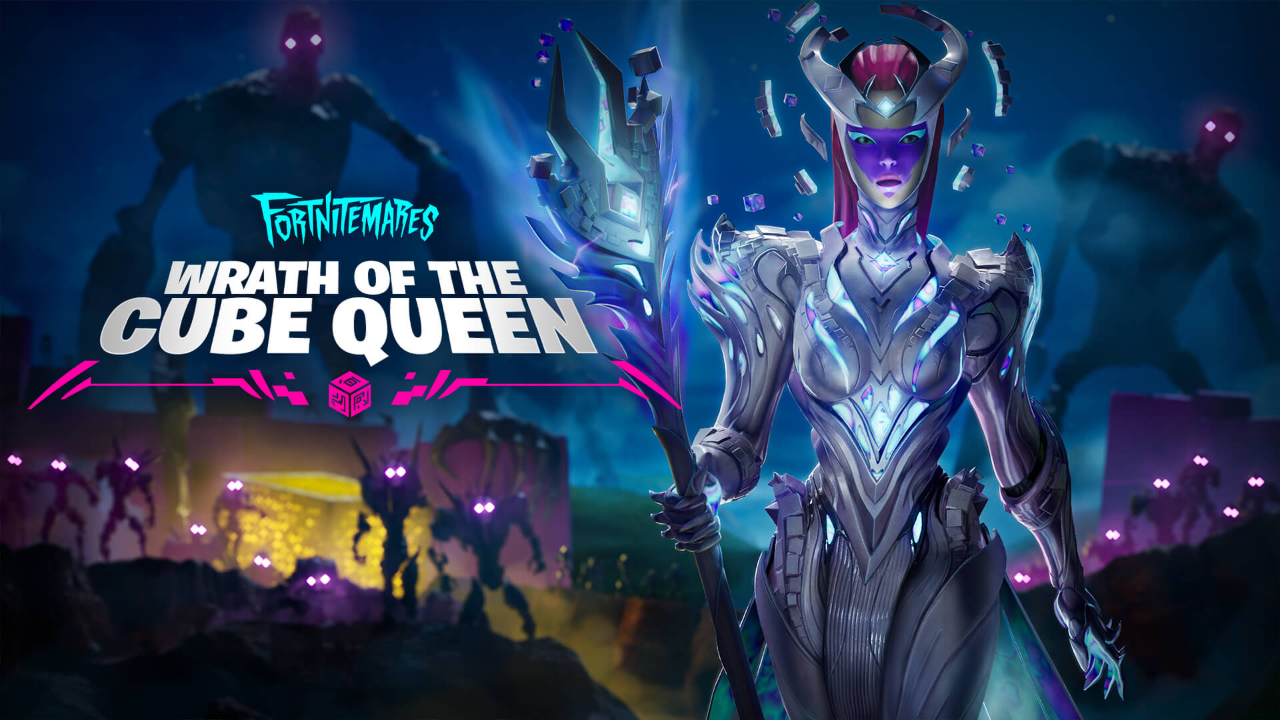 Fortnite's 2021 Fortnitemares update is finally here with some big changes and additions to the game.

The cubes have now all made their way to the Island's centre where 'The Convergence' has been formed. According to several leakers, this new Point of Interest will slowly spready over 18 different stages, presumably leading into another major map change.

Caretakers are the first of Fortnite's new monsters that have made their way to the Island. Every Caretaker is the height of six players and can deal large amounts of damage if you're unlucky enough to meet one in-game. Eliminating a Caretaker monster will provide players will loot that will make them "all the richer".

The Sideways Scythe has also been added in today's Fortnitemares update. No information about the new melee weapon has been provided by Fortnite but many have shared in-game footage on Twitter. The weapon appears to have multiple functions for mobility, dealing damage and harvesting materials.

Along with the new Sideways Scythe, the Pumpkin (Rocket) Launcher, Candy Buckets and Witch Brooms have returned to the loot pool for Fortnitemares.

After having a complete Season 8-style makeover, the Horde Rush Limited Time Mode has returned to Fortnite. The new version of the LTM replaces the old Fiend zombies with Season 8's new Sideways creatures, along with the introduction of Sideways weapons in the mode. According to Fortnite's latest blog, the gamemode will be leaving the rotation of playlists on November 2nd at 9AM ET, which is likely the date for a new patch.

The Horde Rush LTM has returned with new Quests that allow players to earn rewards this Season. By completing the new Horde Rush Quests, players can unlock the 'Thinking Juice' Back Bling, 'Cube Queen' Banner and 'Cuddle Scream Leader' Spray. The Quests are set to leave at the same time as the LTM on November 2nd.

Fortnitemares 2021 also brings a new set of Quests with rewards for players to earn.

Ariana Grande has also returned to the Island to celebrate Fortnitemares this year, along with her own Quest line and reward. By completing the Ariana Grande 'Monster Hunter' Quest line, players will be rewarded with the new 'All-Weather Extractor' Harvesting Tool.

Additionally, any subscribers of the Fortnite Crew that complete the Quest line will be granted an extra 'Brite' style for the Harvesting Tool.

Completing the new 'The Oracle Speaks' Quest line will reward players with the 'Cube Cruiser' Glider.

With the v18.21 update, Fortnite's Power Levelling weekends have returned. There will be two weekends to celebrate Fortnitemares, with the first starting on October 22nd at 7PM ET. These weekends grant players with a considerable boost in XP gain which helps levelling up to become a lot quicker.

Fortnite's final Hotfix of Chapter 2 is here with some small changes to the game. Bargain Bin WeekThe second Hotfix for v18.40 sees the return…

Fortnite's final major update of Chapter 2, Season 8 has arrived with some big changes and additions to the game. War Effort: The Salvaged B.R.…