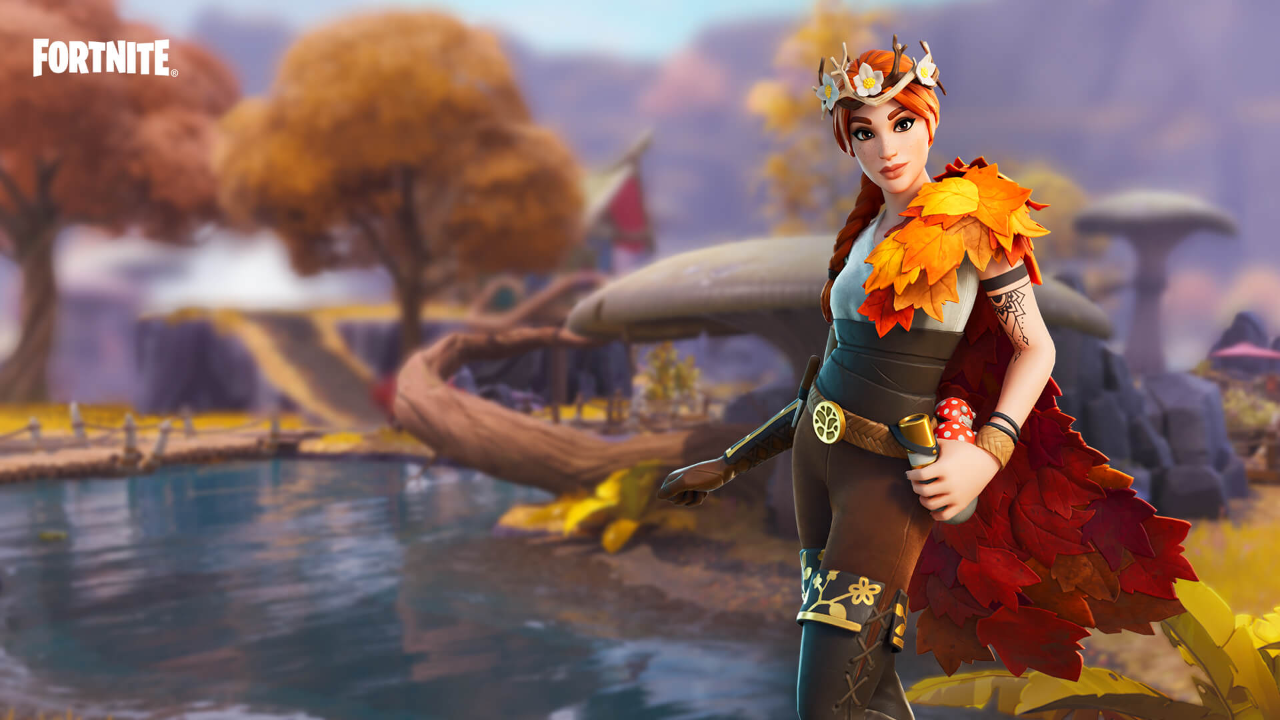 Also in v23.20, players can now hurdle! You’ll automatically hurdle over or onto obstacles when sprinting into them. Additionally, the new Autumn Foothills biome opens up and brings the newest Hero in Save the World, the Autumn Queen!

Search for The Autumn Queen

A new Hero and questline arrive in Save the World! Meet the Autumn Queen, a new Soldier Hero. Autumn Queen has the new Standard Perk Force of Nature, which allows her to activate an additional Shockwave from your tamed pet when used. The Perk functions with Boars, Raptors, and Wolves, and pets inherit the bonuses of all Shockwave Perks that are also active on the ability.

Combine the Force of Nature Perk with Gia’s Perk, Vital Bond, which provides healing for both yourself and your tamed wildlife!f

To unlock Autumn Queen, complete the new Autumn Foothills Hero questline! The Autumn Queen is a permanent addition and can be unlocked after your first Storm Shield Defense in Plankerton!

Keep in mind: if you lose your streak, your Escalation bonuses will reset. So keep it moving and take out as many Husks as you can as fast as you can!

Major Oswald is sharpening up the security of Homebase — by putting Commanders and their base through the ultimate test. In Wargames, head to your Storm Shield bases and test your defenses against unique and challenging simulations! Complete both of the Daily Quests and Weekly Challenges to earn a fair share of Event Tickets, Gold, Banners, Evolution Materials, and PERK rewards.

A crashed meteorite has shaken Homebase to its core! While Ray investigates, the self-proclaimed other OTHER Bot, Lok, is in charge! Help Lok lead the crew in the Blockbuster questline.. The rewards for this questlines are the Mythic Soldier Carbide (with his Standard Perk Zip and Zap that applies affliction dealing 13 base energy damage per second for three seconds) and the Mythic Ninja Cloaked Star (whose Standard Perk Fan of Stars allows you to throw all your Throwing Stars together in an arc and adds one additional star).

Say hello to the Lunar Llama. This little critter can somehow package the might of the Dragon Weapons as well as the Lunar New Year Heroes. Pick it up for Event Tickets in the Llama Shop!

A number of important bug fixes were included in the v23.20 game update, including:

Click here to read the Patch Notes for Creative v23.20.

The Battle Royale v23.20 update introduces the Falcon Scout to help you find loot from afar, plus a Reality Augment that’ll lead to buried…