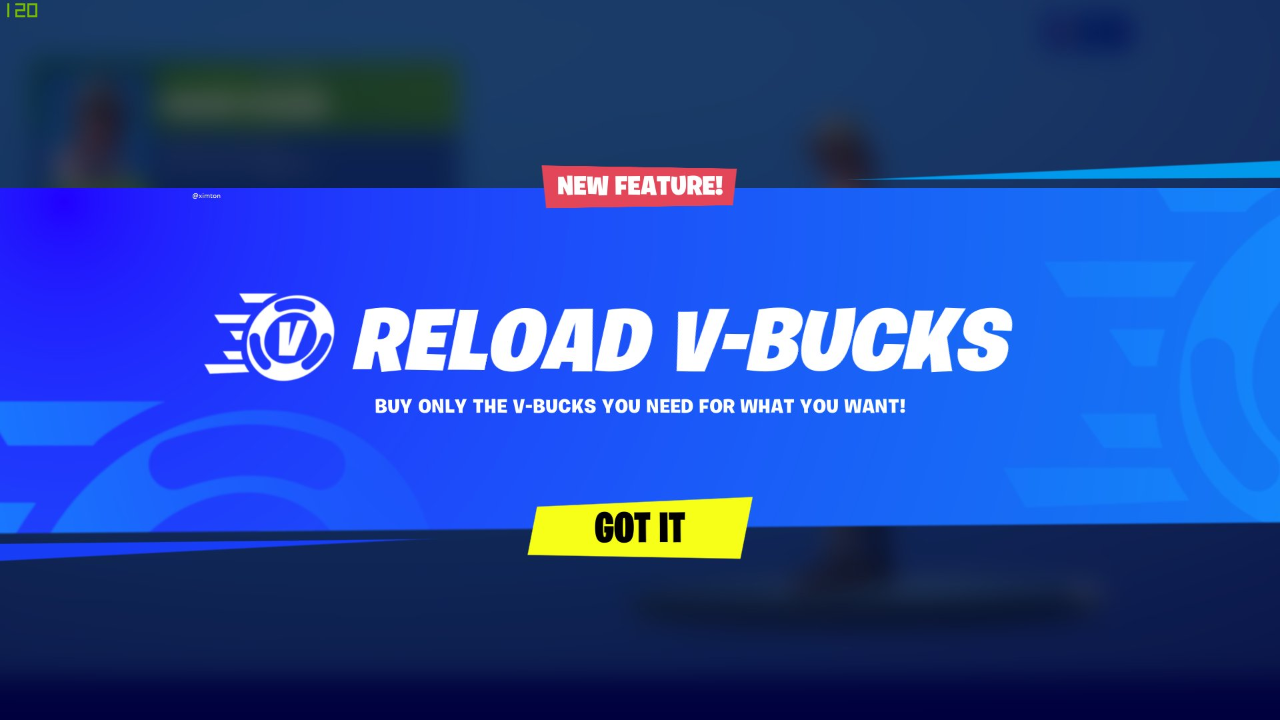 Fortnite's German players can now purchase the exact amount of V-Bucks they need to buy an in-game item.

The feature, which was originally introduced as a test for Italian players in June, can now be accessed by German players in-game. It was presumed that the feature was scrapped after the files used were removed in a previous patch, however, these files were reintroduced in v15.00 and have now been activated.

Reloading V-Bucks allows players to purchase the amount of V-Bucks they need for a specific item, rounded to the nearest 100.

It's expected that the reload feature will slowly be tested in more regions around the world, eventually ending with an official release of a final version for all players.